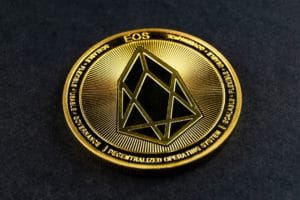 Astonishment has been sparked by a tweet from Ethereum’s founder who had words of praise for the EOS blockchain, calling it a much faster and more scalable project than Ethereum.

EOS is Ethereum On Steroids.

The name reflects the fact that the core team learned from Ethereum's amateurish naivety and idealism, and built out a team of professional top-talent software developers that created a smart contract platform with much higher scalability and speed.

Buterin’s comment on the EOS blockchain and community responses

This tweet by Vitalik Buterin, who quoted an old joke from the crypto world to celebrate the EOS project, caused astonishment throughout the industry, especially considering that the project seems to have encountered multiple difficulties throughout the years.

Due to the respect and high regard the crypto world has for Buterin, many commented on the tweet, calling it a purely sarcastic joke.

I feel so sad for anyone not realising this is sarcasm

The founder of Cardano, one of the rival blockchains, tweeted in an ironic tone whether Buterin was okay.

The history of the blockchain praised by Vitalik Buterin

EOS is a smart contract platform that at the time of its debut in 2018 raised $4.1 billion through an ICO. From the outset, the project was considered an “Ethereum killer,” on par with Cardano, Solana or Polkadot, because of its speed of transactions and cheaper fees.

The company that developed it, Block.one, failed to meet the high expectations in pursuing the project, which was gradually abandoned by developers and dApps from DeFi and NFT projects.

Currently, the EOS token ranks 48th on the list of the most capitalized cryptocurrencies, and its price hovers around a dollar valuation, down 95% from the highs reached in 2018 at $22. Earlier this year, the community, dissatisfied with the development operated by Block.one, founded the EOS foundation, whose CEO, Yves La Rose, responded to Buterin by saying they are ready to return to the original project.

Now that the “snakes” are gone, the top-talent developers @VitalikButerin mentioned are returning to $EOS.

In April, the EOS foundation announced that it would soon introduce Ethereum Virtual Machine (EVM) compatibility, which would allow developers to create smart contracts using the popular Solidity programming language.