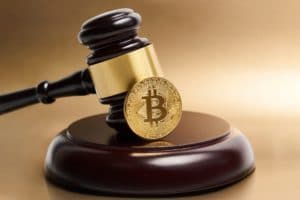 The new Simplification Decree on taxation

Decree Law No. 73 of 21 June 2022, published in the Italian “Gazzetta Ufficiale” on 21 June, has been called the Simplification Decree on taxation.

However, among the various regulations, there is one that does not seem at all to aim at simplifying the life of taxpayers, but rather, that of the IRS.

Indeed, it will now be increasingly difficult for ordinary citizens to freely dispose of their money without someone being able to snoop far and wide in their accounts and possibly even in their cryptocurrency wallet.

How is the new Decree for tax “simplifications” structured

Article 16 of the decree introduces a change to the pre-existing rules on tax monitoring.

Specifically, it intervenes on Article 1 of DL 167/1990, which regulates “transfers through banking and financial intermediaries and other operators.”

Until yesterday, financial and non-financial operators, who also intervene through the movement of accounts, in transfers to or from abroad, were required to transmit to the Internal Revenue Service a set of data on transactions amounting to 15,000 euros or more, even if carried out in instalments.

Today, as a result of the new decree, this threshold has been drastically reduced: from the original 15,000 to only 5,000 euros.

In addition, Paragraph 2 of Article 16 of the new decree requires a reporting to be carried out, even retrospectively on all transactions carried out during 2021.

The requirement to report split transactions, which clearly would have become an unnecessary burden once there is a reporting requirement on such small amounts, has been eliminated.

There will thus be new, systematic and extensive controls on taxpayers’ transactions for the purpose of tax monitoring, and by the express provision of the rule, it will also affect cryptocurrency transactions.

In the crosshairs of the provision are not the transactions of structured business entities, such as corporations, but those executed on behalf of or for the benefit of individuals, noncommercial entities, simple companies and associations.

The explicit reference to Art. 3 para. 5(i) of Legislative Decree 231/2007 in the provision explicitly includes, among others, service providers related to the use of virtual currency (i. e. crypto exchanges).

With the publication of the decree in the Gazzetta Ufficiale, the process of converting the decree has begun. Which means that during the parliamentary passages, at least in theory, the current wording of the decree-law, could be subject to changes with the submission of possible amendments. It is doubtful, however, that the provision could go through who knows what kind of upheaval.

This further tightening of controls, fits within an overall framework in which there is a tendency to legitimize any measure that, by administrative means (and therefore, outside of any judicial review), allows for analytical sifting of accounts and rummaging through the pockets of every citizen, in an increasingly automated and massive manner.

It is important to emphasize: a crucial point lies in the fact that the many possibilities of accessing information concerning financial movements, in cryptocurrencies and otherwise, disregard the existence of specific prerequisites, even if only circumstantial, suggesting illicit conduct.

In practice, this is becoming a standard methodology, present in a multiplicity of regulatory measures: think of the very recent conversion of the so-called Pnrr 2 decree, which stipulates that intermediaries who make electronic payment systems available to merchants must transmit data on ATM and credit card transactions to the Internal Revenue Service, with the total amounts of daily transactions, both for end consumers and for economic operators.

Consider again the reporting requirements for cryptocurrency transactions in amounts of 1,000 euros and above that are to be introduced with the Transfer of Funding Regulation, which intends to target so-called unhosted wallets, that is, those wallets that are not relying on platforms.

Not to mention what, under the guise of a measure with anti-money laundering purposes, turns out to be in substance, the decree that implemented the establishment of the OAM registry and the registration requirement for operators, whether Vasp or Wsp. That is, the creation of a registry of cryptocurrency holders for the primary and essential use and benefit of tax authorities. A measure that betrays the fact that it has absolutely nothing to do with combating money laundering or the financing of illegal trafficking or terrorist activities.

The problem is that this constant process of erosion affects a range of fundamental rights (from the right to freely dispose of one’s assets, to the right to freedom of capital transfer, to the right to privacy), all of which are punctually protected not only by most of the constitutional charters of the individual member countries, but especially by the European treaties themselves.

And take note: the right to privacy protection is a right to which the European legislature has devoted an important body of legislation. Not to mention that, from the knowledge of an individual’s financial movements, it is all too easy to access information that may pertain to his or her most intimate sphere: from political and religious convictions, to sexual inclinations and health matters.

Now it makes one wonder that just as it appears that the Transfer of Funding Regulation is on its way, with all the provisions that place unreasonable limits on minimum amount transactions, in the UK, recently freed from the constraints of the EU, the Treasury, in updating the body of anti-money laundering rules, precisely on the subject of transfer of funds, has chosen to go in the opposite direction to that taken by the EU.

Why has the UK chosen not to follow the stringent regulations imposed by the EU?

It is particularly the rationale that should give pause for thought, since it moves from the consideration that many people hold cryptocurrencies for legitimate purposes, use unhosted wallets, and there is no evidence that this type of wallet is mainly used for criminal activities. It has been decided that the collection of personal information should take place only for those transactions that have specific indications and characteristics of high risk that they are the fruit of illicit finance activity.

This kind of approach, by contrast, highlights what is really happening within the European Union: namely, that a mechanism of reversal of the burden of proof is being created (and gradually being enacted). Presumptively, anyone who handles crypto assets must prove that they are operating legitimately, not the other way around.

Anyone who handles crypto is guilty (or at least suspect) until proven otherwise. And this approach is being tried to have it accepted progressively as one does with the proverbial frog in the pot of water that heats to boiling.

And so what will happen? Will we all agree to have every last penny and every last fraction of cryptocurrency we hold traced? Or will we be able to shake off this torpor and realize that it is time to put a stop to, and possibly reverse, this liberticidal process?

The post The new Simplification Decree on taxation appeared first on cryptodailynews24.com.