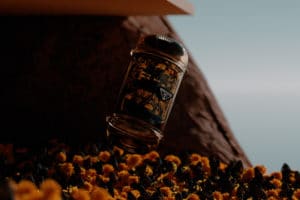 On Thursday, 7 July, there will be the drop of Prada’s second NFT Timecapsule Collection, dedicated to the month of July. The physical item chosen is shirt number 31, along with the Non-Fungible Token as a gift.

Prada and the second launch of the July NFT Timecapsule Collection

Prada is preparing for the second launch of the July NFT Timecapsule Collection, which, as with every launch, will take place on the first Thursday of the month, thus on 7 July 2022.

Don’t miss the chance to join #PradaCrypted, #Prada’s community server on #Discord.
Follow us and stay tuned for the next #PradaTimeCapsule drop on July 7th.https://t.co/MgQJmKeu6B pic.twitter.com/xKYMt9pnYt

“Don’t miss the chance to join PradaCrypted, Prada’s community server on Discord. Follow us and stay tuned for the next #PradaTimeCapsule drop on July 7th”.

The drop will allow users, for 24 hours only, to win the exclusive physical item of shirt No. 31 and the associated NFT as a gift.

The shirt No. 31 released with the second NFT Timecapsule collection

Prada: what are the Timecapsule NFT collections?

Having first launched in its Web3 version last month, the first NFT Timecapsule Collection made in collaboration with artist Cassius Hirst had sold out.

In essence, the famous fashion brand, Prada, has decided to launch every first Thursday of the month, limited-edition physical and NFT items directly from its Prada Crypted marketplace.

It is worth mentioning, however, that the Timecapsule Collection has actually existed since December 2019, although the introduction of NFTs only occurred last month.

By purchasing the Timecapsule NFT, customers will be able to redeem the relevant NFT, which will also be available, in a second phase, to those who purchased the Timecapsule dating back to the first launch in December 2019.

The Web3 in fashion

The introduction of NFTs in Prada’s collection marks an entry for the fashion brand into the Web3.

Something that other industry brands are also delving into, each in its own way. Such is the case with Gucci, another Italian fashion brand that recently announced its online Vault Art Space, created in collaboration with SuperRare’s Crypto Art marketplace.

Drops from the first exhibition “The Next 100 Years of Gucci,” which includes 29 selected artists, will be available until 29 July, with the price set in Ethereum.

Continuing with the Italian luxury fashion brands that have introduced NFTs as they entered the Web3, we cannot forget to mention Dolce and Gabbana, who with their first collection of 9 NFTs called “Genesis”, had already registered a record in sales, reaching an impressive $5.65 million.