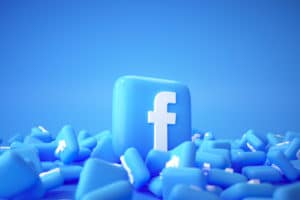 A screenshot taken from the Facebook app was published today that would show a test in progress regarding NFTs.

JUST IN: Facebook is now testing #NFTs on profiles. pic.twitter.com/1GOZhN8rXM

The screenshot shows a new tab on a user’s profile, next to the classic posts and profile information tabs, dedicated to digital collectibles. Clicking on it takes you to a collection of NFTs on the profile.

This would therefore be an NFT-related feature, but very different from the one introduced months ago by Twitter.

Instead, it would more closely resemble what is supposedly already being tested on Instagram.

Instagram in early May had officially announced the start of testing related to new NFT functionalities, but there were no further updates on this.

It was about the possibility of publishing NFTs purchased from third-party marketplaces, and which are on the blockchains of Ethereum, Polygon, Solana and Flow.

Instagram belongs to the same group that Facebook belongs to, namely Meta, so it may be that they are testing something similar to what they are doing on Instagram.

The new service that will be offered by Instagram should allow users to link their wallets to their profiles, and then post NFTs that they actually own. It is speculated that, initially, only NFTs of artwork will be allowed to be posted.

It remains to be seen whether the initiative will also win significant public acclaim.

For instance, the Twitter initiative does not seem to be gaining much traction, so much so that Elon Musk himself, the platform’s likely new owner, complained about the idea a few months ago, calling it “annoying”.

In addition, it is worth mentioning that in June, the NFT market showed a sharp decline in trading volume. It is worth noting that in May, despite cryptocurrency price collapses, NFT trading volumes had held up. It was, however, the June slumps that had a major negative impact on sales.

If Meta’s Instagram and Facebook initiative succeeds, however, where Twitter failed, this market could recover, and perhaps even surpass previous records. However, one should not make the mistake of believing that Meta’s initiative will definitely succeed.