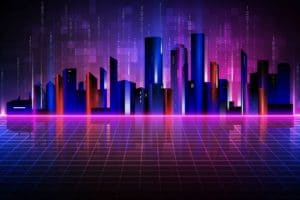 Chainalysis: real estate and gaming rise in the metaverse

Chainalysis has released its new report with the latest data and trends, recording that the real estate and gaming sectors continue to increase in the metaverse, thanks in part to NFTs and Virtual Reality (VR).

Chainalysis report on Web3: the rapid adoption of the metaverse

Chainalysis’ new report titled “Real Estate and Gaming Are on the Rise in the Metaverse. VR and NFT Integrations Could Boost Them Further”, speaks volumes: rapid adoption of the metaverse is the latest trend in Web3, with data continuing to rise.

Not only that, the report states that real estate and gaming are on the rise in the metaverse. And the numbers seem to bear this out: from September 2019 to March 2022, blockchain-based virtual real estate prices grew by 879%, in contrast to “traditional” real estate, which, meanwhile, grew by 39%.

Speaking of real estate, Chainalysis delved into the dynamics behind the industry’s growth in the metaverse today.

First, it describes the utilities of blockchain-based virtual real estate (VRE) that are thus present in the metaverse, offering current and future opportunities to the people who own them. These utilities can be embedded videos, images and interactive NFTs, game integration and learning, access to private events and restricted communities, and more.

Another important aspect that relates to the world of pricing refers to what kind of blockchain is being used. Compared to LAND in Ethereum-based metaverses, many prefer Solana or Polygon, since they have much lower entry prices.

Not only that, out of 11 Ethereum-based metaverses examined by Chainalysis, it was found that there is speculative activity. In fact, when analyzing the average duration in which users held their VRE NFT (or LAND), it appears that in 10 out of 11 metaverse projects, the duration was less than 25% of the time the NFT collection was active. Not only that, 6 out of 11 held it for less than 15%. In other words, VRE purchases in most of the projects mentioned would be best characterized as “flipping”.

The only exception is the OVR Land metaverse, which seems to have the longest-lasting NFT holders.

Finally, the Chainalysis report discusses the gaming sector, stating that here the key driver for growth in the metaverse is integrated Virtual Reality (VR), along with blockchain.

Also recently taking over the Web3 and metaverse world has been the team of developers of PlayStation games who appear to have created Ashfall, a new cross-platform Web3 game.

Not only that, Gala Games, a Web3 game company, also launched GRIT, the blockchain game on the Epic Games Store, available to the store’s more than 194 million users.

The post Chainalysis: real estate and gaming rise in the metaverse appeared first on cryptodailynews24.com.