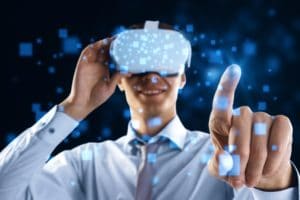 According to research conducted recently by analytics firm Santiment, The Sandbox’s popular metaverse now ranks third for hashtags in the world, at least according to data from 27 June.

#TheSandbox contest on #Twitter has 3 of the top 10 trending hashtags on an up and down price action Monday. Renewed interest in #Trump as president in 2024

In particular, it involves two hashtags, #belongingweek and #avatar, that have been used on Twitter, Reddit and Telegram so much that they are trending more than Donald Trump possibly running for US president in the 2024 presidential election.

Belonging Week and the contest on Sandbox

Belonging Week was used as a hashtag across social networks as part of an initiative last week for a contest connected to the world of LGBTQIA+ and inclusion, which was also put together in collaboration with the celebrated NFT World of Women collection.

The other crypto hashtags trending on social

Clearly, we are talking about hashtags connected to the world of cryptocurrencies, and not in general about all topics covered on social.

Other hashtags, and thus news and topics that attracted the interest of crypto users of the aforementioned social platforms, were also Swiftc, thanks to the fact that SWFTCoin should soon be listed on Coinbase‘s US exchange.

Crypto.com and the CRO token

Another particularly used hashtag this week, as Santiment revealed, was CRO, or Cronos, the token of the Crypto.com platform.

Even the company Sentifi had reported yesterday that positive sentiment was emerging regarding CRO, which ranked third in the weekly rankings.

In fact, the cashback crypto won a sentiment score of 58 and a 7% increase in attention in the last week, probably due to the fact that the Crypto.com platform had announced that it had integrated Apple Pay as a payment method even if only in the States for now.

The post The Sandbox ranks third in hashtags worldwide appeared first on cryptodailynews24.com.