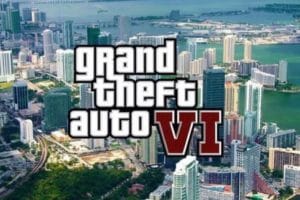 Maybe it’s just rumors or maybe not, but GTA 6, the new version of the Grand Theft Auto game, may be released in 2024, introducing a crypto reward system.

GTA 6: the leak about launching in 2024 and introducing crypto

A leak has reportedly claimed that Grand Theft Auto 6, the new GTA installment whose official launch date is still unknown, may include Bitcoin-style crypto in its gameplay. Rumors claim that players will be able to earn and trade this crypto.

GTA 6 leaks suggest the story will take place in Columbia / Miami and will include in-game #cryptocurrency rewards for players to earn and trade. pic.twitter.com/Pwvd7aTlYw

“GTA 6 leaks suggest the story will take place in Columbia / Miami and will include in-game cryptocurrency rewards for players to earn and trade”.

Basically, back with GTA 5 released in 2013, players could enter the world of stock markets by accessing BAWSAQ and LCN Exchange via their smartphone’s Internet connection and sell and buy shares on the exchange.

Not only that, players can also earn money in “Stock Market Assassination Missions” launched by Lester.

Now, with new rumors about the launch of GTA 6 scheduled for 2024 (date to be verified), it seems there may be new ways to earn money through cryptocurrencies.

GTA 6: “active development for the next entry in the Grand Theft Auto series is well underway”

While it all appears to be a leak of rumors, a confirmation actually came directly from Rockstar Games, which, as early as last February, stated as follows:

“With the unprecedented longevity of GTAV, we know many of you have been asking us about a new entry in the Grand Theft Auto series. With every new project we embark on, our goal is always to significantly move beyond what we have previously delivered — and we are pleased to confirm that active development for the next entry in the Grand Theft Auto series is well underway. We look forward to sharing more as soon as we are ready, so please stay tuned to the Rockstar Newswire for official details”.

Basically, Rockstar Games revealed to its community that the new GTA 6 exists and is in development, but without releasing any other details since then.

Who knows whether this leak, will prompt the New York-based American video game publisher to release confirmations or cancellations.

According to rumors, GTA 6 could implement a crypto-based economy

The introduction of crypto and the Play-2-Earn formula is now well known in the gaming market, so much so that it has transformed the industry from a pure hobby to an extra income opportunity.

A study by the Crypto Head company ranked crypto play-to-earn games based on a number of parameters.

Based on web search data, it appears that with more than 29 million searches worldwide, the game developed by Vietnamese company Sky Mavis takes first place. Right behind it are Bomb Crypt and Splinterlands.

The post GTA 6 could introduce a crypto reward system appeared first on cryptodailynews24.com.