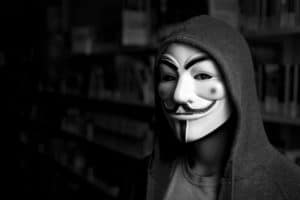 Did Anonymous threaten Do Kwon?

On Sunday, a video was posted on Anonymous’ YouTube channel in which they warned Do Kwon that they were looking into him.

This is the YouTube channel of the website anewspost.com, which is the same channel where other similar videos targeting Elon Musk, Vladimir Putin, and Ken Griffin had already been posted.

The channel has less than 300,000 subscribers, and has published only 8 videos.

There exists another YouTube channel, called Anonymous Official, with nearly 3.7 million subscribers and hundreds of videos that do not target Do Kwon.

In addition, among the 8 videos posted on the Anonymous channel is one that explicitly promotes the DeFi AnonToken token.

This is a token on BNB Chain audited by Solidity Finance, and will be launched on PancakeSwap.

It therefore appears that this YouTube channel is not that of the famous hacker collective calling itself Anonymous, and that these videos of threats to famous people are merely publicity initiatives to try to gather followers to whom they will probably then offer the AnonToken (AT).

In fact, the video of threats to Elon Musk, for example, was posted a year ago, but it does not seem to have been followed up with any concrete actions afterwards.

The one addressed to Do Kwon, however, contains a very interesting piece of information, irrespective of the publicity purposes.

What is said in the video?

The founder of Terra and the UST stablecoin allegedly founded another stablecoin in the past that later failed, according to the video.

The authors of the video claim that Do Kwon in late 2020 allegedly co-created the algorithmic stablecoin Basis Cash under the alias “Rick Sanchez.”

So in theory within a month the value of this algorithmic stablecoin had reached parity with the dollar, but by early January 2021 it began to collapse.

It ended its second full month of life below $0.4, and by May it had also fallen to $0.1. It was therefore an extremely rapid failure.

The speculation that Do Kwon was actually behind this project as well has been circulating for more than a month, and stems from some statements by his former employees at Terraform Labs that Basis Cash was a side project of some of the early creators of the Terra ecosystem, including founder Do Kwon himself.

The post Did Anonymous threaten Do Kwon? appeared first on cryptodailynews24.com.