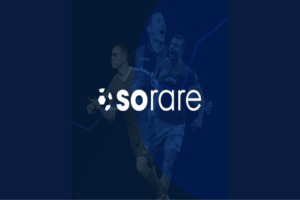 Sorare was founded in 2018 when two French entrepreneurs, Nicolas Julia and Adrien Monfort, decided to combine their passion for football with blockchain technology, which with NFTs began to allow the collection of digital objects.

Alberto Maiorana explains the evolution of the Sorare project

It is thus that Alberto Maiorana, head of partnerships and licensing for the French company, explains Sorare’s beginnings on stage at Metaforum, an event organized by Finlantern and cryptodailynews24.com a few days ago in Lugano.

Data on Sorare’s use

Of interest then was the part where Maiorana unveiled some of the platform’s numbers.

The NFT card sold for the highest price on Sorare was that of player Erling Haaland for $625,000. Before that, the record was held by that of Ronaldo wearing a Juventus jersey. This one was sold for $400,000 and then for about $1 million on the secondary market.

Other data revealed by Maiorana on the Metaforum stage include the fact that Sorare has users from more than 185 countries around the world, and about 60% of these users come via word-of-mouth, which shows that the platform is highly liked and is now growing organically.

In addition, Sorare has active users that are growing every month: for example, during May-June, users increased by as much as 30%, and the communities that play Sorare the most are in France, while Italy is ranked third.

During the interview, Maiorana also explained that Sorare will soon add new sports to the platform. After soccer and baseball, another major American sport will arrive, but Maiorana could not reveal more on the topic.

The post Sorare: “Italy ranks third in active users”, and the platform is considering new sports appeared first on cryptodailynews24.com.