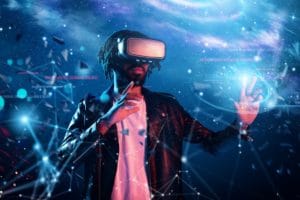 Tencent and McCann prepare to enter the metaverse

Tencent and McCann are preparing to compete in the metaverse sector.

By now it is plain for all to see; the metaverse is becoming the worthy heir, or rather, a possible evolution of the Internet.

China and its strict regulation

The metaverse is definitely the new frontier of the web that will slowly become part of our everyday life.

This is why even the major Chinese technology companies, including Tencent, have decided to embark on this new adventure, starting work on a prototype that winks at big competitors such as Meta.

According to Morgan Stanley, the Metaverse market in China could potentially be valued at 52 trillion yuan or $8 trillion, but it is also highly likely that Beijing will impose strict regulation, if not outright censorship, on this new virtual world.

A decision that would not be shocking, given that the Chinese web world is also isolated from the rest of the planet.

“We expect to see severe censorship, meaning there will probably be an isolated Chinese metaverse, separate from the international one”.

It can therefore be said that Chinese big tech like Tencent, NetEase, ByteDance and Alibaba are leading the way for other domestic companies.

But there is no other alternative.

“All China’s tech giants have to embrace it to find new ways to engage the youngest generation of internet users, which is critical at the time when their business models on smartphones and mobile internet are matured”.

The number of companies ready to invest and make space for themselves in the phygital universe is steadily increasing. In fact, McCann, one of the world’s leading advertising agencies, has also revealed that it has thrown itself headlong into the sector.

To be more precise, in the last few hours McCann Worldgroup has unveiled its own metaverse – MWVerse, a Web3-based virtual experience that the company has developed in collaboration with Meta and software development company Journee.

Whether this was a coincidence or something that had been planned for some time is not known. What is certain, however, is that the launch of MWVerse coincides perfectly with the Cannes Lions international festival of creativity.

So MWVerse decided to take advantage of this occasion to allow all users, who will not be able to attend IRL, to participate virtually in the event.

A virtual experience with attention to detail, accessible via desktop or mobile device.

Elav Horwitz, Senior Vice President and Director of Global Innovation at McCann Worldgroup, commented on the launch of MWVerse:

“The goal was to build a creative space in the metaverse for our teams and clients. They can experiment with it, host meetings, share content, invite their teams. It can be customized as needed”.

“The core elements of web3 are collaboration and interoperability, so we designed our new virtual experience in collaboration with Meta and Journee. We sought to provide a symbiotic mix of cutting-edge technologies for use on MWVerse”.

The post Tencent and McCann prepare to enter the metaverse appeared first on cryptodailynews24.com.