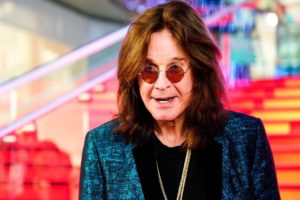 Today, CryptoBatz NFT holders will be allowed to preview Ozzy Osbourne‘s new single to be released next Friday.

We are excited to announce, at the CryptoBatz NFT NYC party tonight we will be giving attendees an exclusive first listen to the @OzzyOsbourne full unreleased new track 'Patient Number 9'.

We can't wait to listen to it with you!

The preview of “Patient Number 9” will in fact be made available by CryptoBatz on Discord, and those who attended the global NFT Summit called “NFT NYC” were also able to attend a secret listening party.

Ozzy Osbourne is a true living legend of hard rock and has long collaborated with CryptoBatz.

For anybody that hasn't heard: I will be releasing a series of limited edition artworks as an #NFT collection. I have been painting for decades and never released my work to the world.

All @CryptoBatzNFT holders will be able to mint one for free

The famous singer has released his own NFT collection consisting of a series of limited edition artworks, as he has been painting for decades but had never before published these works of his.

So now, the owners of his NFTs, issued by CryptoBatz, are also getting a preview of his new single.

The launch of his NFTs on CryptoBatz in January was a smash hit, with 9,666 NFTs of collectible pixelated bats sold out in less than 1 minute, so much so that it became one of the most traded NFT projects on OpenSea.

“Patient Number 9” is the first single from Ozzy’s new album, so for owners of his NFTs this really is an opportunity that is unlikely to go unnoticed.

The artist’s new single at the Global NFT Summit

The single’s release was specially timed to coincide with the Global NFT Summit “NFT NYC”, and “Patient Number 9” is the first single ever to be launched by Ozzy in this way.

His last album, Ordinary Man, was released more than two years ago, and although the British singer is now almost 74 years old, his fans have long been waiting for the release of new tracks.

CryptoBatz expects huge interest in this premiere, with record numbers already achieved on their own Discord channel, and queues around the block for yesterday’s listening party.

“Since the CryptoBatz community has been so supportive, I wanted to thank them with this sneak peak of my new song”.

The British singer is famous for his anomalous, out-of-the-box, often provocative and sometimes even excessive behaviour.

Since his debut in 1968 with Black Sabbath, he has gathered around him a large community of avid fans who follow him in everything he does. It is therefore not surprising that his NFT has been a success, nor that CryptoBatz is doing record numbers on his Discord channel thanks to the release of this preview.