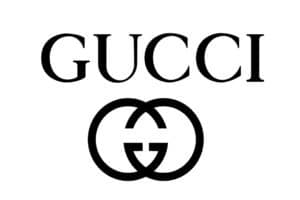 Gucci and SuperRare together for a new NFT gallery

Gucci is continuing its journey into the NFT world, and with this in mind, it has announced its online space called Vault Art Space, created in collaboration with SuperRare.

Gucci embarks on another NFT journey, this time collaborating with SuperRare

Debuting, the first exhibition, titled “The Next 100 Years of Gucci”, will feature a selection of 29 artists. Drops will be made until 29 July, with the price set in Ethereum.

As the designer Alessandro Michele explained, Gucci‘s vision is to extend the company’s storytelling by including different points of view and narratives. In addition, Gucci purchased SuperRare’s native tokens, marking its entry into its first DAO.

To inaugurate the launch, SuperRare and Gucci will hold three Twitter Spaces conversations, with artist and curator Rowynn Dumont speaking with the different artists involved in the project.

Notably, this Gucci Vault Art Space is part of SuperRare’s larger Spaces project, which are independent galleries created within the marketplace and with their own curators. The idea had been announced last April with the opening of the first ten Spaces.

Gucci in the NFT world

As mentioned, Gucci is not new to the NFT world: the brand was one of the first to work in the metaverse sector as early as 2021 with the collection called “Aria” and sold at auction in collaboration with Christie’s.

In addition, Gucci had recently announced that it would accept Bitcoin and other cryptocurrencies in its stores, although for now this is an initiative aimed only at the US market.

The post Gucci and SuperRare together for a new NFT gallery appeared first on cryptodailynews24.com.