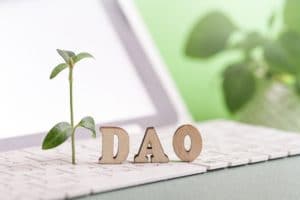 Current regulation in the Web3 environment: DAO and DeFi

In a legal system in which it is hard to write even a word about the tax regulation of cryptocurrencies and in which any type of crypto asset that is other than virtual currencies does not appear at all in the field of view of the national legislator and regulator, certainly one cannot hope that anyone would even entertain the thought of dealing with alien creatures such as DAOs (Decentralized Autonomous Organization), DeFi, and more generally the technologies underlying the so-called Web3, according to the definition coined by Gavin Wood, co-founder of Ethereum.

The current regulatory framework on Web3 and more specifically on DAOs

To be fair, it must be said that devising a framework of standards capable of governing tools of a DAO is far from easy: indeed, as the acronym suggests, it is an organization whose qualifying characteristics are autonomy and decentralization.

This poses a number of problems, more or less related: a DAO is based on the use of a blockchain, in which decision-making processes, depending on the architectures employed and the algorithms used, can develop with such a degree of autonomy that it becomes almost (or almost entirely) independent of the will of even the members of the blockchain.

Which poses a volley of problems and consequences in terms of the proper imputation of legal effects arising from the choices and conduct (outputs) processed by the DAO and, of course, with regard to possible liability.

However, despite the enormous conceptual difficulties that all this entails, the state of Wyoming in July 2021 passed a law on DAOs, introducing, among other things, ad hoc corporate figures into which a DAO can be incorporated, thereby essentially assuming the status of a corporation (the DAO LLC, or Decentralized Autonomous Organization Limited Liability Company).

The distinguishing feature of this type of corporate model is that it establishes a limit to the liability of the partners (i.e., members of the DAO), preventing the individual members of the DAO from being individually and personally liable for the actions of that organization.

One interesting aspect on a strictly regulatory level is that by virtue of an old treaty between the US and federal Germany (i.e., the Treaty of Amity, Commerce and Navigation, which dates back to 1954) a DAO LLC is also automatically recognized in Germany where it is considered to be on a par with an S.r.l. and consequently, by osmosis, a Wyoming DAO LLC can legitimately operate in the rest of the EU countries.

How to treat DAOs governed purely by algorithms.

A crucial issue, in terms of discipline and spillover in terms of rights, obligations, and liabilities, is that since the execution of the smart contracts that underlie the DAO can give rise to a number of property consequences that are beyond the control of the individual DAO member (either because the smart contract system has a high degree of autonomy, or because in any case, the execution of the smart contracts within the blockchain is the result of the widespread concurrence of a wide multiplicity of members of the organization), where there is a lack of curbing or delimiting the liability of the members, through the incorporation of the DAO within a corporate vehicle that is essentially comparable to a corporation, endowed with its own legal subjectivity and asset autonomy with respect to the individual members.

Otherwise, if a DAO were to remain as a kind of “de facto aggregate,” unregulated, among a collectivity of individuals who carry out a certain activity involving the systematic performance of acts of disposition of a patrimonial nature, the risk, due to the lack of a clear reference discipline and the absence of an incorporation of the organization within a specific corporate vehicle with limited liability and endowed with its own legal personality, is that this aggregate would take on the connotations of a de facto company.

In other words, it would behave like a partnership resulting in the unlimited liability of the de facto members of this organization and in addition, joint and several liability, so that each member of the DAO, and therefore, whoever concretely happens to hold a token of it, risks becoming liable for the acts performed by each of the other members and to be liable, unlimitedly, with all his or her assets.

The point is that the legal system in Italy as a whole is totally inadequate to accommodate a sophisticated and complex reality such as a DAO.

First, because practically none of the current corporate models in Italy seem to fit the purpose: not that of a joint stock company, which postulates rigorous centralized system of governance, administration and control, with related supervision. And thus, in the total antithesis to the decentralized nature of a DAO. Not an S.r.l. (Italian analog of LLC), because even if to some extent the problem of the active administration role of individual members does not arise, in a general sense, the obstacle of the modalities (written form, notarized public deed) of share circulation remains insurmountable, irreconcilable with the fluidity and informality of token changes of hands.

This leads us to a first reflection: what can possibly happen when technology reaches a point of advancement such that the governance of a DAO can be entrusted and managed entirely by algorithms?

Second consideration: it is possible that in the future we will arrive at architectures in which the corporate vehicle stands as a superstructure, compared to which the DAO instead constitutes the technological infrastructure (which at this point would become a corporate capital asset) for the management of certain activities, business or categories of business.

Governance token and corporate structure of a DAO

This could be an effective solution to the corporate problem, but it would imply the need for the proper framing of every affair having to do with the market placement of tokens and their subsequent circulation. Granted that in this kind of architecture, the tokens, for reasons amply explained, could not be representative of corporate shares, this does not detract from the fact that they would carry with them a set of rights and prerogatives that would be exercised within the network, depending on how the blockchain is structured.

Therefore, most issues that have been raised to date with respect to this type of token would return with reference to their nature and, because of their specific function, their compliance with tax, but also financial regulations (are they security tokens? Of utility tokens? Of mixed-function tokens? etc.).

While we will continue to grapple with the limitations and byzantinisms of the Italian legal system, organizations of this kind are likely to continue to develop, on a global scale, and will be increasingly difficult to conduct within the confines of a specific jurisdiction.

This is because, as algorithms evolve, the governance of these organizations may be less and less constrained to an identifiable aggregate as a subject, albeit a collective one; and also because a sufficiently large blockchain is not easily traceable to a specific territorial sphere.

An evolutionary path that only over time will we be able to grasp where it may lead us.

The post Current regulation in the Web3 environment: DAO and DeFi appeared first on cryptodailynews24.com.