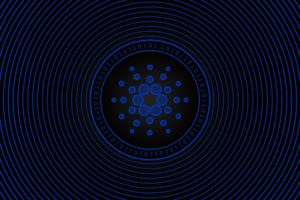 The Cardano Foundation and the Input Output Global (IOG) team have decided to postpone the launch of the Vasil hard fork in order to carry out more testing.

“We recognize that this news will be disappointing to some. However, we are taking an abundance of caution to ensure that we do this deployment correctly”.

This was the comment with which the IOG research team working on the release of Cardano’s new hard fork, Vasil, announced the decision to postpone its launch.

The news has certainly disappointed the expectations of the many users and developers, who have been waiting for months for this important update on one of the fastest-growing blockchains in recent months.

Charles Hoskinson, co-founder of Cardano, has stated in no uncertain terms in recent days that Vasil will be a real revolution, as it will represent “a significant improvement in Cardano’s performance and the smart contract capabilities of the network”. The update was originally scheduled for 29 June, but has now been postponed to the last week of July.

The exact reasons for this have not yet been fully clarified, but according to Nigel Hemsley, Head of Delivery and Project at IOHK, which is in charge of Cardano’s development, it is said to be related to some unforeseen difficulties encountered during development work:

“The work on Vasil has been the most complex program of development and integration to date, from several angles. It’s a challenging process that requires not only significant work from core teams, but also close coordination across the ecosystem”.

The reasons for the postponement

According to rumours, the development team is still working on fixing some bugs in the system, which are not considered serious. The news, however, has disappointed the expectations of those who were waiting for this important fork. At the beginning of June, ADA, Cardano’s native token, had risen by 20% just ahead of Vasil’s launch.

The crypto had managed to exceed $0.6 in a strongly negative market, but after the first rumours about possible delays in Vasil’s release, the price fell back below $0.5 again.

The new update would make the Cardano blockchain much more scalable than it is now.

Cardano has already had other forks in the past that improved the network and its scalability, such as the hard fork Mary which brought native resources and allowed developers to issue tokens on Cardano.

The Vasil hard fork, named after the late Vasil St Dabov, a Cardano enthusiast who passed away last year, will bring numerous upgrades to the network’s capacity and Cardano’s smart contract programming language, Plutus, which enables the development of decentralized applications (dApps) on the blockchain.

The upgrade will also result in an increase in block size. This will give much more space for the data to be saved in each block added to the ledger, which will further speed up the network.

According to some, this update will make the Cardano network the most dangerous rival to Ethereum, from which it has already been taking market share from dApps and developers for months.