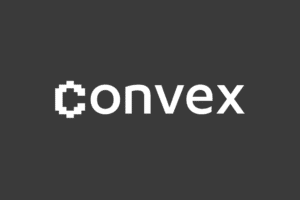 A problem with the Convex Finance site

Convex Finance said in a tweet yesterday that they were looking into a potential front-end problem.

Convex Finance is a Curve-based DeFi project that offers optimized financial yields, and has a more user-friendly interface than its parent platform.

This is where the issue lies, in the front-end, i.e., the user interface, and that is why yesterday’s tweet cannot be dismissed as business as usual.

In fact, in a later tweet they then reported that they had to enable an alternative domain as a precaution for users: the platform was temporarily moved to convexfinance.fi and frax.convexfinance.fi, instead of convexfinance.com.

Their internal investigation revealed that the DNS of convexfinance.com had been hijacked to push users to approve malicious smart contracts regarding some interactions on the site.

The problem has actually now already been fixed, but it turns out that five addresses appear to have approved malicious smart contracts.

It is worth noting that yesterday, at the time of the first tweet announcing the potential problem, the price of their CVX token suddenly had dropped from $4.6 to $4.4, but recovered virtually immediately.

The performance of the CVX token despite the problems encountered

It is worth noting that in the last week CVX has appreciated by as much as 34%, although its current price is still 56% lower than it was a month ago, and 92% lower than the high recorded at the beginning of the year.

This is a token characterized by a marked volatility in its market price, which has risen over the past 12 months first from $2 to $50, then dropped a first time to $16, climbed back up to $39 in April, and then even collapsed below $4 in mid-June.

What’s more, it debuted on the crypto markets in May last year at $4.8, so the current price is back just below its initial levels.

Interestingly, yesterday, a few hours before CVX’s brief downward movement due to the tweet announcing the problem, the price of CRV, Curve‘s governance token, also had a similar performance. It’s not to be excluded that it could have been just a coincidence.

The post A problem with the Convex Finance site appeared first on cryptodailynews24.com.