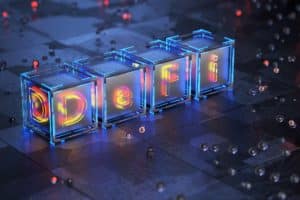 The FBI has issued a warning to cryptocurrency investors about how cybercriminals are getting better and better at exploiting the vulnerability of DeFi platforms to steal cryptocurrencies.

FBI and warning cryptocurrency investors about vulnerabilities in DeFi platforms

The Federal Bureau of Investigation (or FBI), the U.S. National Intelligence and Security Service, has issued an alert to cryptocurrency investors.

The #FBI warns that cyber criminals are increasingly exploiting vulnerabilities in decentralized finance (DeFi) platforms to steal investors cryptocurrency. If you think you are the victim of this, contact your local FBI field office or IC3. Learn more: https://t.co/fboL1N17JN pic.twitter.com/VKdbpbmEU1

“The FBI warns that cybercriminals are increasingly exploiting vulnerabilities in decentralized finance (DeFi) platforms to steal investors’ cryptocurrency. If you think you are the victim of this, contact your local FBI field office or IC3.”

This is a public announcement through which the FBI wants to be supportive of cryptocurrency investors who somehow feel victimized or threatened by cyber criminals in DeFi. The invitation is to contact them through the Internet Crime Complaint Center or the local FBI office.

Apparently, there are so many smart contract vulnerabilities in the Decentralized Finance sector that cybercriminals are ready to take advantage of them to steal cryptocurrencies.

FBI and how cybercriminals are defrauding in DeFi

Continuing with its announcement, the FBI highlights how between January and March 2022 alone the equivalent of $1.3 billion in cryptocurrencies was stolen. 97% of this amount was stolen through DeFi platforms.

Not only that, but the FBI also describes some fraud patterns that have occurred by cybercriminals with DeFi platforms:

Hackers exploit the flaws in the smart contracts of DeFi platforms

Last month it was stated how since its peak in May 2021, decentralized finance has seen its market values begin a slow descent.

Based on the CoinShares report, it appears, in fact, that the second quarter of 2022 was the worst for DeFi tokens. The prices of the best projects have, in fact, fallen more than 65% on average against the U.S. dollar.

This’s still a declining figure since at the time of writing, DeFi’s TVL is $60 billion.