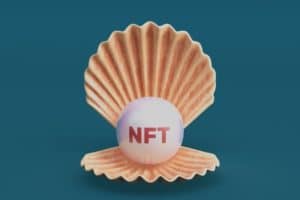 A fake Snoop Dogg at the NFT conference in New York.

A lookalike of the famous rapper Snoop Dogg hired by a well-known cryptocurrency company fools all attendees of the NFT convention in New York.

“Part of the crypto mindset is they know it’s chaos and bullshit and also they don’t care…” Same as the popular press in the UK?https://t.co/BGhTgZmcL9

At last week’s NFT conference in New York, a fake Snoop Dogg fooled the audience for hours by posing as the famous rapper who has also long seemed to have converted to the Non-Fungible Tokens business.

Despite the market slump and a subsequent inevitable slowdown in the NFT market, which after a boom in 2021 in the early months of 2022 came to a screeching halt, the New York conference, pitched somewhat like the Superbowl for the NFT world, was attended by thousands of enthusiasts. These included several people of varying degrees of celebrity.

And that is why when the famous rapper Snoop Dogg appeared it must have seemed almost natural to many to see him there, since in the past few months the rapper had launched a collection of his own on Cardano. Except that it was simply a look-alike, hired by a company present at the conference for promotional purposes.

Jack Burke, 35, marketing director of Fair.xyz, the company that came up with the brilliant promotional idea, told the Guardian that their initial idea was to get a Justin Bieber lookalike, but they decided Snoop Dogg would be a better choice because:

“Snoop is actually heavily involved in the NFT space and so it’s very plausible that he would rock up to NFT.NYC”.

Celebrities help the expansion of the NFT market

Last year, the sponsorships of superstars including precisely Snoop Dogg himself, Paris Hilton and Floyd Mayweather certainly fueled a frenzy for non-fungible tokens, which grew by more than 20,000% with a turnover of about $17 billion.

And as a result, there has been increased interest from well-known faces in film music and sports in this new form of business. But as is often the case, a boom of this magnitude attracts also fraudsters. OpenSea has calculated that about 70% of the NFTs offered for sale on its platform would be fraudulent.

But this is not the case with Snoop Dogg, who amusedly commented on the incident that occurred at the conference with his doppelganger, who managed to fool hundreds of fans for hours as they ran to take selfies with him.

The applications were filed under his name Calvin Broadus, and concern the registration of the trademarks “Uncle Snoop” and “Uncle Snoop’s.”

The post A fake Snoop Dogg at the NFT conference in New York. appeared first on cryptodailynews24.com.