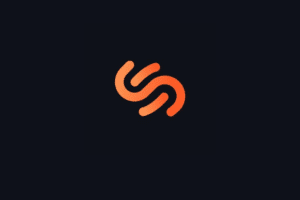 Solend’s DAO, a DeFi protocol on Solana’s blockchain, initiated a vote to block the operations of a large user.

Solana DeFi: Solend platform blocks the activities of a whale

A very strange day yesterday in the DeFi world. The industry has been in big trouble since the Terra ecosystem imploded, and all eyes are now on Solana, given the technical problems it has had repeatedly in recent months.

Solend is an algorithmic and decentralized protocol that issues loans on Solana’s blockchain, with over a billion dollars in deposits.

Being decentralized, it is in fact governed by a DAO, where there are continuous votes on proposals to change the protocol. Only SLND governance token holders can participate in these votes.

On Sunday, there was a proposal on the DAO that sought to mitigate the risks arising from a single user who had opened a large margin position on Solend.

This proposal aims to mitigate risk imposed by a user with a large margin position on Solend.

A copy of the proposal is available here https://t.co/BlKRp7P83g

The proposal was approved by the DAO, which triggered an uproar.

Decentralized systems are appreciated precisely because they are uncensored, whereas in this case it is clear that there was censorship. Therefore, the outcome of the vote was not appreciated at all, so much so that a new proposal was later made to abolish the previous one.

The new proposal was also approved by the DAO, thus the whale that had opened a large position on the sidelines was unblocked.

This required explicit intervention by the DAO, which was far from obvious since it required a vote in order to be carried out, in order to remove the censoring act, which means that DAOs can in fact also become censoring subjects. DeFi protocols based on DAOs may therefore also be in some cases uncensorable.

The operations of the whale affected by the block

The whale in question is the user with the most tokens on the platform. The problem is that he deposited 5.7 million SOL (about $210 million) to borrow about 108 million USDC and USDT: those 5.7 million SOL are more than 95% of all deposits currently existing on Solend.

Solend revealed that in the event that the price of SOL (Solana) falls to $22.30, this position ran the risk of being liquidated for up to 20% of its total value, or about $21 million. This scared other SLND token holders.

The most curious thing is that the proposal to abolish the previously approved one won with 99.8% of the vote, so it is difficult to understand how the previous one could have had the votes to be approved.

Nevertheless, it is also worth noting that the SOL value these days has increased by 33% compared to that of seven days ago, and it is possible that this has dispelled several fears.

However, the whale issue is very much in the news, so much so that the managers of Solend’s official Twitter profile are themselves trying to figure out who is behind those deep pockets.

The anonymous whale who voted in SLND1 and again in SLND2 has this to say publicly in the Solend Discord. pic.twitter.com/k2JMnWLwLO

The post Solana: Solend blocks a whale, then reconsiders appeared first on cryptodailynews24.com.