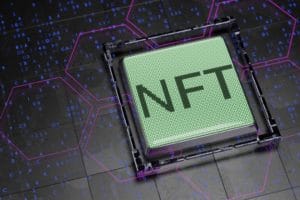 It is common knowledge nowadays that all big announcements in the crypto world are almost always made on Twitter, avoiding all the formalities of news outlets.

This is what happened with Noah Davis, Non-Fungible Token expert who works, or rather used to work, for the famous auction house – Christie’s.

The announcement was made yesterday, Sunday 19 June, by Noah himself, who wanted to reassure his followers with a short thread.

What does that mean? It means no Punks on lunchboxes or cringe TV shows/shitty movies. It means no arbitrary rushed utility or thoughtless airdrops. It means if you love your Punk(s) because they are what they are (just Punks) then you and I see eye to eye…

Noah, the top NFT expert for one of the most famous auction houses, announced that he will be leaving his position in July to take on the role of Brand Lead for the CryptoPunks collection with Yuga Labs.

In the brief Twitter thread, Noah also made it clear that he had no intention of bringing in any rushed collaborations that were far removed from the nature of the historic NFT collection. Thus reassuring the large community of CryptoPunks holders.

Noah then invited all CryptoPunks owners to attend the NFT event in New York to talk to him about the future of the project.

It is worth mentioning, that Davis is a prominent figure in the Non-Fungible Token scene. In fact, he is one of those “responsible” for the record-breaking auction – Beeple’s Everydays: The First 5000 Days NFT, which sold for over $69 million in March 2021.

As is well known, Yuga Labs acquired the intellectual property of the CryptoPunks collection from Larva Labs in March, stating that it would hand over all commercial rights to the owners, a promise yet to be fulfilled.

However, attentive collectors have noticed an almost suspicious increase in sales volume from the graphs.

Since the announcement, 39 sales have been made, reaching 101 on Sunday, compared to only 19 the day before.

According to some, considering the announcement of Davis’s move and the new terms that will soon come into effect, it may be that some members of the team were aware of the information, thus falling into what is known as insider trading.

The con artist protagonist of the series – Inventing Anna, launches an NFT collection

The protagonist of one of the most talked-about TV series of the year – Inventing Anna, is about to launch her own NFT collection.

The series is based on a true story, which tells the vicissitudes of a clever con artist: Anna Sorokin.

From 2013 to 2017, Anna pretended to be a wealthy German heiress: Anna Delvey, managing to defraud acquaintances and collaborators of over $275,000.

The collection, entitled Reinventing Anna, will consist of 2,000 NFTs, priced at 0.1 ETH each.

She explained that she wanted to undertake this new project to have a way to interact with her fans in private.

The collection will contain 20 “gold edition cards”, which will allow owners to have a one-to-one meeting or phone call with the girl.

Sorokin wrote publicly under one of his Instagram posts:

“I see this first drop as an opportunity to directly connect with my audience and take charge of the narrative that’s been largely outside of my control”.

Duppies followers were victims of scams

Duppies, a new NFT project created by the same team as “DeGods”, was unfortunately the victim of a scam on Saturday.

The project’s main account was hacked, and once in possession of the main communication channel with the community, hackers tweeted the profile, inviting followers to click on a link leading to a phishing website.

Unfortunately, users who linked their wallets and attempted to mint these phantom NFTs had all their money stolen.

The predictions regarding the importance that the metaverse could gain in the coming years seem quite clear.

According to some analyses, carried out by major industry players such as the global consulting firm McKinsey & Company, the metaverse could generate up to $5 trillion by 2030 and more than 80% of trade could be influenced by activities in the metaverse.

Shocking data on the future of the metaverse

According to this research, by 2030 it is highly likely that more than 50% of live events will take place in the metaverse.

But that’s not all, it is also predicted that over 80% of commerce could be connected in some way to the metaverse.

Estimating that the average Internet user could spend up to six hours a day in metaverse experiences by 2030.

The figures speak for themselves: more than $120 billion already flowed into the metaverse space in 2022, more than double the $57 million in 2021.

The report in question reads:

“While estimates vary widely, we forecast it [the metaverse] may generate up to $5 trillion by 2030.

Our estimate of the metaverse’s potential impact by 2030 is based on a bottom-up view of consumer and enterprise use cases”.

McKinsey’s prediction does not seem to deviate much from the others.

Perhaps it is time to embrace the idea that innovation continues to advance at an ever-increasing pace and that the future ahead could be much more virtual and advanced than what we now call the present.