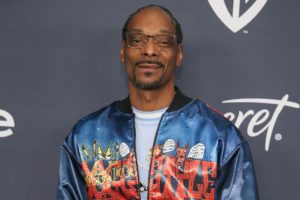 Collector Cozomo de’ Medici (CdM), Snoop Dogg’s account on SuperRare and in general his alias for his NFT adventures,  wrote a newsletter in collaboration with the NFT marketplace to give his opinion on the crypto art market trend.

CdM compared the collapse of Ethereum and crypto to the comic book bubble of the 1990s, looking for something beyond speculation: the emotional connection between collectors and artworks, even digital ones.

Cozomo de’ Medici (or CdM), discovered to be Snoop Dogg, is a special collector, holder of some of SuperRare’s most important digital artworks, who wanted to publish a letter addressed to the marketplace to describe his thoughts on NFTs, crypto art and current market trends.

Indeed, with Ethereum (ETH) at $1149 today, in the face of a general slump that has also touched Bitcoin (BTC) and the other crypto, Cozomo de’ Medici wonders about the direction of Crypto Art.

To begin with, contrary to what most people do and that is to go back to the first crypto collapse recorded in 2018, de’ Medici prefers to compare this moment to the comic book bubble of the 1990s.

Basically, at that time, there were 10,000 people who bought and read comic books, and they did so for no other reason than to read the comic book.

Then, everything changed one day and a lucky hoarder discovered “Action Comics #1” – Superman’s first appearance – in his mum’s basement, selling it for over $1 million. He also managed to sell “Detective Comics #27”, Batman’s first appearance, for another seven-figure sale and the media went crazy, triggering the craze.

During the comics craze, just as with NFT-mania, de’ Medici describes commonalities that occur during the growth of the bubble such as:

All this happened until for both comics and NFT Art, the bubble eventually burst and there was no more liquidity, with 9 out of 10 shops going out of business. This leads back to the original great success of comics: the sale of 10,000 copies like before the bubble.

This happens because 10,000 are the actual readers of comics. In this sense, de’ Medici likens this story to NFTs, indicating that they will remain the real fans of the art, especially for SuperRare’s marketplace specializing in Crypto Art.

Cozomo de’ Medici on SuperRare: NFT speculation is over

The newsletter ends precisely with the consideration that today the “speculation on NFTs is over” and that now what remains are really Crypto Art lovers, artists and collectors.

And indeed, with regard to collectors, de’ Medici describes that their connection to the purchased artwork transcends its price, relying instead on its emotional attachment.

Finally, de’ Medici mentions other artists who have immersed themselves in this industry by buying NFT on SuperRare without thinking about its speculation, such as Jim Carrey, Val Kilmer and Madonna. The latter even launched her own collection of 3 NFTs called “Mother of Creation”.