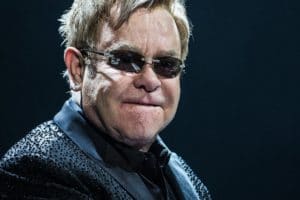 Elton John, the famous British singer, composer and musician, decided to enter the Web 3.0 world by launching his own NFT collection.

The singer has publicly stated that he is not a leading expert on the metaverse, but that he clearly recognizes the potential of this digital revolution.

Elton John was quick to announce that the main objective behind the creation of this collection is to raise new funds for his foundation – the AIDS Foundation.

The proceeds from the sales, therefore, will go entirely to the AIDS Foundation which is one of the world’s leading non-profit organizations, founded by himself with the precise aim of funding research and prevention against AIDS.

The collaboration with Jadu and Sweet

Purchasing the NFT will provide access to the Rocket NFT club

By purchasing one of the collection’s 6,666 NFTs, the user will become a member of the Rocket NFT club, an exclusive club whose access unlocks a range of future experiences and unique rewards.

Rocket Man currently markets the Jadu virtual hoverboard, which can be used on the platform, and Rocket NFT.

Both provide owners with access to exclusive launches and presale opportunities.

The hoverboard auction started at 7 AM (PT) on Monday and will end at 3 PM (PT) on Wednesday.

The Rocket Man Hoverboard, one of the pieces currently up for sale, is also said to be the rarest of the 6,666 items within the Jadu Hoverboard collection.

The NFT in question was designed by Voxel Bunny, who also built Jadu’s jetpacks and hoverboards.

Voxel Bunny says he is proud of this extraordinary collaboration with the British artist, stating:

“As a fellow LGTBQ+ artist, it’s hard to put into words the pride I feel paying tribute to Elton John & his legacy which continues to make a meaningful impact on the lives of so many.

And knowing that my creation will play a role in helping to end the AIDS epidemic for the most vulnerable individuals and communities means the world to me”.

Elton John himself was also extremely enthusiastic about this new project:

“Whilst I’m no metaverse expert, I wanted to make sure that my first NFT was something true to me, and collaborating with LGBTQ+ artist Voxel Bunny and Jadu on something so unique which benefits the Elton John AIDS Foundation for Pride month, was the perfect opportunity.

Web3 has the potential to bring people from across the world together like never before and I’m excited for the opportunities to connect with my fans in a vibrant and growing community”.