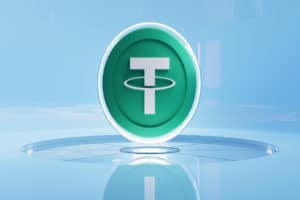 Tether, the market’s most capitalized stablecoin, was the target of a DDoS attack on Saturday.

1/
This morning @Tether_to received a ransom request to avoid mass DDOSes.
They tried already once.
On a normal day we have around 2k reqs/5min
The attack brought us to 8M reqs/5min. pic.twitter.com/rWEan5VNFX

Tether (USDT) was the victim of a DDoS attack

According to Tether’s CTO, Paolo Ardoino, the attack sent 8 million requests to their server in just 5 minutes, compared to an average of about 2,000.

In addition, the attackers demanded a kind of “ransom” to prevent further similar attacks. In other words, it was in effect an extortion attempt.

Ardoino states that they had also tried this once before.

The attack was short-lived, and Cloudflare identified “AS-CHOOPA” as the main ASN.

The only result achieved by the attackers would have been to slow down the website for a while.

It is worth remembering that USDT runs on various blockchains such as Ethereum and Tron, and not on the website, so a DDoS attack on Tether’s server is not likely to directly impact transactions in USDT.

In fact, the market value of USDT was not affected at all by this attack, which was most likely not intended to harm USDT, but only to extort money from Tether.

Nowadays, there are technologies that make it possible to partially protect oneself from this type of attack, and given that these are expensive attacks, it is difficult for them to be perpetrated for long if they do not generate profits.

The fact that Tether decided not to pay the ransom may well have convinced the attackers that it was not worth continuing with the attack, because it would only result in costs and no revenue.

Furthermore, it is worth noting that although Tether is a company, and USDT a centralized token since all reserves are in the hands of the company, its use takes place on decentralized networks, such as that of Ethereum. Attacking Ethereum is nowadays almost impossible, even with DDoS attack attempts, thus it is nearly impossible to prevent the normal use of USDT on the Ethereum network.

All this may also apply on the Tron network, although perhaps to a lesser extent.

By contrast, networks that are not completely decentralized, such as Solana, can be impaired or blocked by attacks of this kind.

USDT has been going through a bit of a rough patch since the collapse of UST, with its market capitalization dropping below $68 billion from $83 billion at the beginning of May. Despite having nothing to do with UST, some fear that Tether does not have enough reserves to fully cover USDT’s market value, despite audits certifying this.

The second-largest stablecoin by market capitalization, USDC, is taking advantage of this, rising from $48 billion to $56 billion.

The post DDoS attack against Tether appeared first on cryptodailynews24.com.