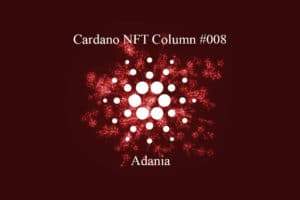 This week’s guest on the Cardano NFT Column is a gaming project characterized by a fantasy world of adventure where humans, elves, goblins and orcs struggle against one another for survival: Adania.

This initiative is a point of reference for NFTs on Cardano and every week or two we will invite someone to answer some questions and give us an update directly from within the Cardano community.

Cardano NFT project Adania is creating a world of adventures

Greetings. Please introduce your team, where are you from, what are your backgrounds?

Chris [Dreams#8888] (Australian based in Vietnam) is the founder of Adania. He’s got a background in business development and pharmaceutical sales, as well as a life-long obsession with all things fantasy.

Karl [Karl#3205] (American) is a fantastic storyteller. He is currently training in game design and is particularly excited about getting deep into the lore and story behind Adania.

Albert [AlbertJacka#0001] (Australian) is our key developer at the moment. He’s a mechatronics engineer and a big part of the design and generation of Adania Adventurers.

Sid [psychosid#6052] (English) is an IT professional consultant who’s true genius is seen in finance and trading.

Kamal [KoolKamal#4689] (South African) is a professional animator who has worked in film, animated TV series, and plenty of commercials!

What is Adania? And why have you chosen the Cardano blockchain for your project?

Adania itself is the setting in which the game will take place. It is a fantasy world of Humans, Elves, Orcs and Goblins, plenty of monsters and powerful magic! Eventually we would like to share our idea of Adania to others, so that they might develop games or use it as a setting for their own stories and adventures. e.g. Think about the Forgotten Realms within DnD as an example of a setting which is shared between many players and across different games. We have ideas for a series of games that can take place in Adania. What we are making first is a free-to-play card game that harnesses Cardano so that players will be able to earn and own the cards they play with.

Adania Cards is a fast-paced tabletop and digital collectible card game where two players face off and use units, spells and items to do battle with one another. There are 60 cards in the game, split into 5 sets of 12 cards (Humans, Elves, Orcs, Goblins and General). Players construct small decks and play their cards down lanes to damage their opponent and counter enemy movements!

Cardano is appealing because of the mixture of low transaction fees, reliability of the network, relative ease of use, and underlying mission to change the world for the better. We’d love to think that through creating a game to have fun with other people, we’re also contributing to a community that genuinely impacts the world in a positive way.

What are your thoughts about the Cardano NFT landscape? What excites you the most and where do you see room for improvement?

Two really exciting things for us have been NFT-Maker’s recent credit card payment system and ADA Handle’s token in general.

NFT-Maker has a pure genius solution for people to be able to purchase NFTs on Cardano with a credit card. Payment solutions like these not only expand the potential market dramatically, but also assist in on-boarding new people into the Cardano community and ecosystem in general. For a quick explanation of how it all works, check out NFT-Maker’s Twitter thread on the topic. What’s really exciting is the idea that it will be easier for interested people to get involved in Cardano in general.

The way the guys at ADA Handle were able to bring so many systems in Cardano together through the use of their very clever token has been something of a revolution in Cardano’s NFT space. What got us excited about this was the idea that we would be able to set up core functions with how we’ll have our player accounts + wallets interact through the use of ADA Handles. e.g. $adaniaburn is going to be where you send common-tier Adania Cards in order to upgrade them (burning 2 will give you 1 rare, burning 3 rares will give you 1 animated legendary). It seems like a small thing, but the user-friendly nature of the handles really improves experiences on Cardano.

Room for improvement: User experience. Cardano can be really difficult for a fresh person to get into.

Let’s travel into the future. What do you want to achieve with Adania? Where ideally do you see your project in 1 – 5 – 10 years down the road?

Overall we want to make a fun game that people enjoy playing!

1 year from now we’ll have Adania Cards out and ready to be played. People will be able to trade and upgrade their cards, we’ll hold tournaments and find fun rewards for long term players. The focus at this point will still be building! Both the community and the other games ideas that we have.

In 5 years, we’d hope to have a few games out! (Oops, one is already out today and can be played through our website!) By this point we’d love to have Adania Cards fully established, maybe our DungeonCrawler + RPG finished and start looking toward how we can integrate the different games together. By this stage the physical card game should be reasonably well recognised in game stores around the world.

10 years from now, we’d love to have our games established in their own category of games as well as a MMORPG setup in the world of Adania.

While we appreciate that to some people these goals will seem huge and to others these might seem small; we really just want to make some fun games that will bring people together.

Thank you kindly for your time. Any final words? Where can people learn more?

You can learn more on our website: (try clicking the Goblin head for some extra fun!)

We want to make things that are fun for people and we’re not really looking to sell through pressuring sales or getting into crazy amounts of hype. If you like what we’re doing, purchasing an Adania Adventurer or Adania Cards pack will help us out. However, the games are free, so feel free to join in and have some fun without buying anything as well!

The world of Adania features Humans, Elves, Orcs and Goblins

Disclaimer: The opinions and views of the people interviewed are their own and do not necessarily reflect those of the Cardano Foundation or IOG. Moreover, this content is for educational purposes, it doesn’t constitute financial advice.