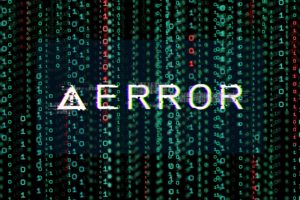 More problems for the Solana blockchain

Solana’s wallet, Phantom, announced that it will launch a new update next week to further strengthen its security after fixing a “demonic vulnerability” discovered by blockchain cybersecurity firm Halborn in May last year.

Solana discovers a new bug in its blockchain

The problems for the Solana blockchain do not end here

After a bug in the system blocked its blockchain worldwide for the umpteenth time last 2 June, now comes the announcement of a new update to the Phantom wallet specifically to increase the security levels of the system, following the discovery of a new bug in the system.

The vulnerability discovered by the IT company Halborn concerns the browser extension wallets MetaMask, Phantom, Brave and XDeFi. The new bug might manage to reach users’ wallets, according to sources at the security firm, which is working on a new update that should resolve the issue.

MetaMask had already made an update two months ago to fix the same problem, and now it is the turn of Phantom wallet, the crypto wallet of the Solana ecosystem, which in February closed a Series B funding round for $109 million, thus launching its IOS app and bringing its total valuation to $1.2 billion. After only six months after its launch, its app had already reached almost 2 million users.

This vulnerability discovered by the cybersecurity firm dates back as far as September 2021, and after the first interventions on the system to correct it at the beginning of the year and then in April, without succeeding in resolving the problem, according to experts, this update should now finally be the definitive one.

MetaMask has also reportedly discovered the same bug and reported that it affects a very small part of its 30 million users.

PS: We recently launched a bounty program with @Hacker0x01, so feel free to report vulnerabilities directly at https://t.co/2qfKsk6Dyt.https://t.co/wbmBC7jlzj

These continuing problems affecting the Solana blockchain, considered until recently as Ethereum’s most dangerous rival due to its scalability and low costs, have led to a veritable collapse of SOL, which has lost around 70% of its value in a few weeks, slipping below $30, from around $140 two months ago.

The post More problems for the Solana blockchain appeared first on cryptodailynews24.com.