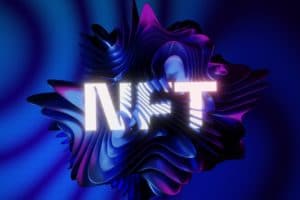 Billionaire entrepreneur Mark Cuban, who runs his NFT gallery platform Lazy.com, has announced the integration of the WAX blockchain, in addition to the existing Ethereum blockchain.

Mark Cuban and the integration of WAX into Lazy.com’s NFT gallery

The NFT gallery platform Lazy.com now hosts two blockchains: Ethereum and WAX. This was announced by Mark Cuban himself, the billionaire entrepreneur and host of NBC’s Shark Tank on his Twitter profile:

“We are excited to add Wax NFTs to http://Lazy.com, the easy and Lazy way to present your NFTs! @WAX_io has been a leading innovator for years and http://Lazy.com users will be able to lazily add their Wax collections!”

Basically, from now on, Lazy.com users will be able to become WAX NFT holders, thanks to the integration of WAX Cloud Wallet into the platform, as well as buy, sell and auction NFTs directly on the website.

According to DappRadar, WAX boasts more than 30,000 Dapps and 12 million user accounts and is home to the top 3 highest-rated blockchain games by number of users. Not only that, WAX is also a carbon-neutral Delegated Proof-of-Stake (DPoS) blockchain.

“WAX is an innovator. They were one of the very first chains to have NFTs and a marketplace for their owners, and that marketplace has continued to thrive. As the leading user interface for simply presenting NFTs, lazy.com needed to be able to display WAX NFTs”.

Overall, Lazy.com allows users to link their NFT wallets with a simple click and share a unique URL on social media, enabling Non-Fungible Token holders to showcase their NFTs to the world.

William Quigley, co-founder and CEO of WAX, made a statement on the matter:

“Lazy.com is a great, easy-to-use digital display case for NFTs which simplifies the process of buying, selling, and showcasing digital collectibles. The integration of the WAX Cloud Wallet will give our users an additional way to share their NFTs with the world. Holders of NFTs from our wide range of popular gaming dApps will gain new utility from their tokens following our integration with Lazy.com, and new users will find the buying and selling process greatly streamlined”.

The suggestion to use DOGE to solve Twitter spam

Cuban had also taken part in a discussion prompted by Elon Musk about the problem of Twitter spam, by suggesting using Dogecoin (DOGE), Musk’s favourite memecoin.

Basically, the billionaire entrepreneur and president of the Dallas Mavericks NBA basketball team, had proposed the following model: everyone puts a DOGE for unlimited posts on Twitter and, when flagged as being spam, if after verification they are, the spammer has to give up his DOGE, otherwise it will be the flagger who does so.

Both Musk and Billy Markus, the co-creator of DOGE, seemed optimistic about the suggestion, but it was never implemented, as Twitter is awaiting a shareholder vote on Elon Musk’s takeover bid, which could take place in August.