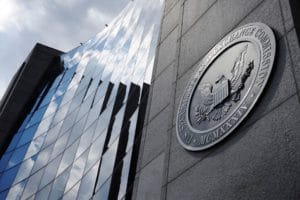 According to press rumours, the US Securities and Exchange Commission (SEC) is investigating Terraform Labs and the collapse of the algorithmic stablecoin TerraUSD (UST).

According to the financial newspaper Bloomberg, which quoted an anonymous inside source at the SEC, the US financial markets watchdog agency, lawyers at the US regulator are closely examining whether or not the way Terraform Labs marketed UST violated federal investor protection rules.

Again according to the source quoted by Bloomberg, the lawyers’ examination has almost reached its conclusion and there would be grounds to open a case against Terraform Lab, the issuer of the stablecoin, which collapsed a month ago, causing a loss of over $69 billion.

In short, it seems that behind the sudden collapse of the entire ecosystem created by the two South Koreans Daniel Shin and Do Kwon in 2018, aimed at developing digital payment platforms, there may be irregularities, fraud or activities that are in some way illegal.

It was only a few weeks ago that the South Korean authorities had also opened an investigation into the company, accusing it of having laundered $4.8 million through its own trust created ad hoc in South Korea.

On the other hand, the failure of the Terra project has alarmed the US financial and political authorities, who have long warned of the risks that stablecoins, or some of them, could pose to the stability of the financial markets. It is precisely for this reason that a new regulation of the cryptocurrency market is being considered as a matter of urgency, with a special focus precisely on stablecoins, which are supposed to be instruments for securing the digital asset market.

Terra’s failure and the need for clear regulation

Terraform Labs itself, two days ago saw its appeal against the SEC rejected by the US Court of Appeals. The investigation started back in September against Mirror Protocol, which is a DeFi platform that allows its users to trade assets reflecting synthetic versions of stocks such as Tesla, Microsoft or Apple. If Bloomberg’s rumour is confirmed, the company would now have to answer for two simultaneous investigations by the SEC.

Terraform Labs, which recently launched the Terra 2.0 project, which has already lost over 80% of its value in just a few days, has denied any news of an SEC investigation into its algorithmic stablecoin.

In this regard, Do Kwon stated:

“We are not aware of any SEC probes into Terrausd at this time – we’ve received no such communication from the SEC and are aware of no new investigation outside of that involving Mirror Protocol”.