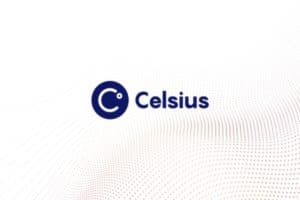 .@CelsiusNetwork is pausing all withdrawals, Swap, and transfers between accounts. Acting in the interest of our community is our top priority. Our operations continue and we will continue to share information with the community. More here: https://t.co/CvjORUICs2

Withdrawals and transfers blocked on Celsius

The company blamed extreme market conditions for the decision, stating that the measure was necessary in order to:

“put Celsius in a better position to honor, over time, its withdrawal obligations”.

The company also claims to act in the interest of its community, but many suspect there is more going on.

The goal, as stated by Celsius, would be to:

“stabilize liquidity and operations while we take steps to preserve and protect assets”.

However, it is suspected that the problem may not be so much a question of stabilizing liquidity, or protecting reserves, but rather a shortage of them.

The company says it wants to restore withdrawals, swaps and transfers between accounts as quickly as possible, and it is probably on the timing that the future of their service is at stake.

Indeed, should these problems not be resolved soon, the above suspicions would intensify, leading to the assumption that the company does not have sufficient reserves to meet the growing demand for withdrawals.

The fact is that many have long suspected that the interest paid by Celsius to its customers would not be sustainable in the long run, and it is precisely during a bear market such as the one currently underway that sustainability begins to creak.

Furthermore, Celsius’ announcement today generated losses of 8% on BTC and 9% on ETH.

The difficulties for CEL had already begun earlier, as in the last seven days it has lost 75%, and is almost -98% from the highs of a year ago.

In light of this data, it seems that the market believes it is possible that the sustainability of the Celsius project is in serious doubt, and this is causing concern throughout the rest of the crypto markets as well.

At such a difficult time, such an event has only added fuel to the fire, with fears of a real capitulation of the crypto markets becoming more intense by the day.

However, in the long run, situations like this can also paradoxically prove to be healthy for the crypto market as a whole, because they do a sort of purge of projects that are not sustainable in the long run. Once those are removed, the remaining ones have a better chance of surviving, if not even thriving.