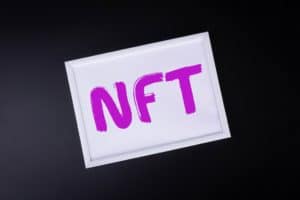 300% increase in users using NFTs as Twitter profile picture, but they are still few

For about six months now, it has been possible to use NFTs as a profile image on the Twitter social network in a verifiable manner.

Anyone who owns an NFT can display it on their account, certifying that they are the true owner.

But how many actually use this feature? Who on Twitter not only owns a Non-Fungible Token but is also displaying it?

To answer these questions, the company Eidoo, and the Poseidon Group, have created a platform that allows users to check who is already using NFT as their Twitter profile picture.

The growth of the NFT market

It is therefore a growing figure, as on average around 4,000 were registered each month, but there could certainly be many more as there are 229 million on Twitter and it is estimated that over 600,000 unique addresses moved NFTs in the last quarter of 2021.

In any case, it is clear that in order to exhibit an artwork and thus be proud of it, these must probably be very rare NFTs that represent status, like having a Crypto Punk or a Bored Ape, therefore few compared to the multitude of non-fungible tokens in circulation.

It is worth mentioning that the Hexagons Café tool only refers to Ethereum-based NFTs which, although in the majority, do not represent the total number of crypto artworks or collectibles available on the market, as there are many on other blockchains such as Cardano, Solana, Zilliqa and so on.

Furthermore, perhaps not all NFT owners want to display their collection, often in the possession of the so-called whales who go to great lengths to remain anonymous, in the true spirit of the crypto world.

The post 300% increase in users using NFTs as Twitter profile picture, but they are still few appeared first on cryptodailynews24.com.