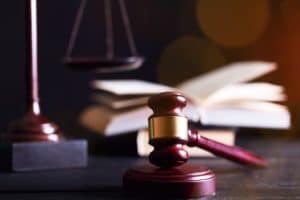 Legislation and regulation of digital assets in Italy

Every now and then it is necessary to take stock of the state of the art of legislation and regulation concerning blockchain-based digital assets (or DLT). This is because although legislators and regulators are moving slowly, they are hardly moving at all, or are more or less maintaining certain often preconceived positions. The world of cryptographic technologies by those who devise ever new applications in the most diverse fields moves at a lightning speed and, as a matter of fact, continually transforms the playing field.

Italian legislation in the field of digital assets

Now, it has been written over and over again, including in this column:

Within this legislative framework (which, as we can see, is extremely lacking), there is a production of acts at the administrative level, such as the regulation for the establishment of the register at the OAM for Vasp and Wsp, or a series of interpretative acts, mostly by the Revenue Agency, which end up directly affecting the sphere of patrimonial rights or falling within the range of fundamental rights, protected at the constitutional level or European supranational sources (ECHR and European treaties).

Now, given this set of fixed points (which are objective and difficult to challenge), there is an initial reflection to be made. Namely, that in Italy it seems that the political decision-making level has abdicated its power to establish even the fundamental rules on which the balance between the pursuit of certain interests (such as that of fair taxation, the fight against tax evasion, or the fight against the financing of illegal and terrorist activities) and the sacrifice of individual rights that enjoy explicit constitutional protection or in the European treaties must be calibrated.

The search for this balance is delegated to administrative bodies that affect these positions through the adoption of regulatory or authoritative measures or even simply and directly by way of application, through the exercise of a power that only appears to be a mere interpretation of the rules, but in some cases even goes so far as to create new ones that are not reflected in the legislative fabric.

How the regulation of cryptocurrency holders intervenes

The second reflection is that the attention of legislators (where they choose to exercise their functions) is focused exclusively on cryptocurrencies and, even more surgically, on the identification of their holders.

This kind of attention, rather than actually directed at intercepting operations of reuse of capital of illicit origin, appears increasingly focused on tracing the resources of private users, making them available to the tax authorities for the purpose of subjecting them to forms of taxation (all of which are to be discussed, in the absence of a clear and defined legislative framework) and sanctions. Moreover, it entails a number of constraints that actually end up discouraging the use of virtual currencies as a means of payment. Which has the side effect of increasingly pushing its use in an eminently speculative key.

One of the most emblematic cases is that of the mandatory registration in the OAM register reserved for Vasp/Wsp. In fact, the actual usefulness of this register in terms of anti-money laundering is questionable (given that it entails the regular transmission to the Body of only aggregated data on the economic level); it actually contributes to the creation of a sort of tax registry of anyone who makes transactions in cryptocurrencies. Finally, it is patently devoid of any utility in terms of protecting savers, because it does not imply the need to possess qualifying requirements in terms of professional or financial reliability.

Now, with regard to all other cryptographic assets (NFTs in particular) and the innovative applications of smart contracts and distributed ledger technologies, it appears that both the legislator and the administrative authorities are completely uninterested. Moreover, the latter are supposed to enforce regulations that do not exist anyway.

This leads to the conclusion that those who sit in the control rooms have no awareness of what the decentralized economy and finance sector has become today, with the continuous creation of new applications, jobs and productive activities of all kinds since the first Bitcoin was issued and then traded, now more than 13 years ago.

The fourth reflection is that in the chasms left by such a deficient regulatory fabric, major players in crypto finance often try to insert themselves, aiming to trigger and condition the regulatory production process, with massive lobbying.

The lack of a clear global legislative framework

Now, any form of stimulus that would lead to an awakening of sensitivity on the part of the legislature and, finally, to the production of regulations that would help achieve some certainty for operators, investors and ordinary users is certainly welcome. However, first and foremost, it must be noted that these attempts to date have not produced positive results, and as yet no legislative measure has been concretely adopted, nor has there been any change of course on the orientations, even the most questionable, manifested by tax agencies and other control and supervisory authorities. Efforts, therefore, are not bearing fruit.

Secondly, it is thought-provoking that the approach, once again, is focused on the aspect of cryptocurrencies as a means of payment, their circulation, and related issues of compliance and taxation. In other words, everything beyond virtual currencies is completely ignored: smart contracts, NFTs, decentralized finance, DAOs, ICOs, IEOs, and countless other applications seem not to exist at all in the vision of those who are trying to exert all their influence on public decision-makers so that any regulatory framework is finally composed.

One would think that this approach would pay the price for the nature of these particularly influential operators, whose centre of gravity is still placed on cryptocurrencies, who are the bearers of elements of centralization in the world of decentralization, and, last but not least, who are often supported by advisors whose very high level of expertise is beyond question, but who in many cases are historical reference professionals of conventional banking and financial groups.

Which, even if one does not want to doubt their independence, implies that they carry with them established legacies that can significantly influence their overall and strategic vision. And this precisely in a field that is characterized by the need to think outside the box.

In short, if today and in spite of everything, we still find ourselves being told that a minimum basis of written rules is lacking, something should tell us that we need to change our perspective and that perhaps a different path of rapprochement should be built between those who hold opposing visions and divergent interests.

This is happening in order to prevent the creative throb of technological and conceptual innovation of the world of crypto-economics from being castrated by the fears of another world: that of those who fail to grasp the potential of future developments.

For as a famous proverb goes, “When the winds of change blow, some people build walls and others build windmills“.

The post Legislation and regulation of digital assets in Italy appeared first on cryptodailynews24.com.