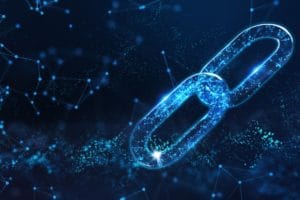 The UK looks to begin testing Blockchain for traditional markets next year, with the aim of the country becoming a “crypto hub”.

According to reports, Gwyneth Nurse, director general of the Ministry for Financial Services, said that the UK will test Blockchain technology for traditional markets next year, so as to become a global crypto hub.

In essence, Nurse described how the underlying technology of cryptocurrencies will soon be tested in the country for the trading and settlement of shares and bonds.

Blockchain in the UK (and beyond) has become a key priority to make the financial market infrastructure more innovative and efficient.

In this regard, during the IDX annual derivatives conference in London, Nurse said:

“The government may also want to test how trading and settlement might be brought together. A sandbox will allow to test new regulatory best practices and make permanent changes to ensure market users benefit”.

The use of DLT in the UK could change this and allow financial assets such as bonds or shares to be issued in a matter of hours rather than days or weeks.

The sandbox will be introduced alongside regulation for stablecoins as part of a new Financial Services Bill being debated in Parliament this year.

In the case of stablecoins, the UK government is also working to improve investor and market protection, especially after the collapse of Terra and its token Luna. In this sense, the UK is aiming to concretely avoid problems arising from possible cryptocurrency crashes, in particular stablecoins.

The Digital Pound Foundation to support the digital pound

Another asset the UK is working on is the Central Bank Digital Currency (CBDC) or digital pound. This is still a slow process that could see the new digital national currency in the second half of the next decade.

In the meantime, last October saw the establishment of the Digital Pound Foundation, an independent organization formed by a group of private sector professionals specifically dedicated to supporting the CBDC in the UK.

In general, the Digital Pound Foundation will conduct research, advocacy, exploratory “hands on” projects and multi-stakeholder collaboration in the design, development, implementation and dissemination of the Digital Pound.

The post UK will test blockchain for traditional markets appeared first on cryptodailynews24.com.