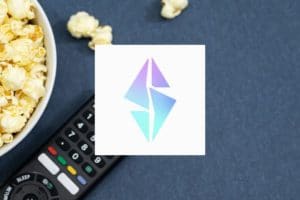 Ridley Scott‘s upcoming film about the genesis and rise of Ethereum, based on Camilla Russo’s book “The Infinity Machine”, is being financed with NFTs. The first two drops have already sold out.

Ridley Scott and the film on Ethereum financed with NFTs

An NFT from the “The Infinite Machine Movie” collection

As previously mentioned, Ridley Scott is the producer, through Scott Free Productions, of “The Infinity Machine”, the film about the genesis and rise of Ethereum (ETH), inspired by the book of the same name by crypto writer Camilla Russo.

The production will use Ethereum’s own technology for the first time, both to raise funds through the sale of NFTs and to develop the DAO Infinity Machine, which will entitle its owners to obtain benefits and also become Associate Producers of the film.

The budget set by the producers to be dedicated to the film has been tentatively set at $16 million. While the artists of the project will receive 22.5% of the proceeds, 10% will go to a community treasury fund.

Overall, the Infinite Machine NFT collection is a collaborative effort of 36 emerging artists mainly from countries where decentralization has a strong impact on lives and finances, including Cuba, Argentina, Venezuela, Kenya, Bolivia and Chile.

At the moment, the first two NFT collections have already been launched, both of which have sold out.

Each artist created 10 versions of the Ethereum logo, plus a work representing their vision of Ethereum’s values and an original frame. About 30% of the NFTs in the collection will be randomly awarded with rewards: the chance to appear as an extra, to visit the film shoot, to be invited to the premiere, to be listed in the credits.

For this sale alone, the artists received 1.05 ETH, or USD 4,200, considering that, by comparison, the average monthly salary in Cuba and Venezuela is around $25.

The second drop, however, saw the minting of another 1834 NFTs from the community at a fixed price of ETH 0.15, for a total amount of 244.85 ETH. Whitelisted wallets were able to access a 12-hour window and the public sale lasted 24 hours, after which the mint was closed.

In anticipation of the third drop, the collection remains on OpenSea, along with WAGMAM’s NFT collection, dedicated to rewarding DAO participants. Recently, the third art-drop of this very second collection was published.

No time requirement, claim at your leisure & when gas is cheap!

Thank you @Tangled_diva for bestowing us with your talents

“Snapshot taken. The 3rd #WAGMAM Collection ArtDrop #nft claim is now live! https://wagmam.theinfinitemachinemovie.com. No time requirement, claim at your leisure & when gas is cheap! Thank you @Tangled_diva for bestowing us with your talents. We remain optimistic, fully committed, and can’t wait to start sharing details on the film front, and the structure and dates for the third mint in the coming weeks”.

In mid-May, NFT Studios, the Web3 film production company of Niels Juul, creator of Scorsese’s celebrated films, unveiled at the Cannes Film Festival its innovative business model to democratize access to the film industry, bringing fans closer to the production process as well.

Specifically, NFTs would be used to finance film productions, so that fans would decide to invest directly in their favourite film projects, getting exclusive benefits in return. Not only that, NFT-holding fans will also be able to participate through voting in the production of the film.

The production of the film “A Wing and a Prayer”, a comic drama telling the true story of Brian Milton, the first man to fly around the world in an ultralight aircraft, will be financed through KinDAO, the Web 3.0 film producer that uses blockchain and NFTs.