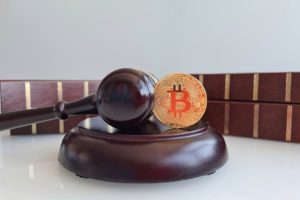 Legislators and regulators move forward, but in no particular order

This is not a new issue, but it is made topical by the flurry of statements and stances of important names in institutional finance, which followed the tsunami that swept through the Terra – LUNA ecosystem, blew up the UST peg, caused the collapse of Bitcoin’s price and, more generally, of the cryptocurrency market.

Cryptocurrencies and stablecoins experience a moment of negative reputation

From Christine Lagarde, Fabio Panetta (ECB) and Francois Villeroy de Galhau (governor of the Bank of France), to Scott Minerd, head of Guggenheim’s investment office and Warren Buffett, everyone has spoken out against cryptocurrencies in recent days.

The theme is always the same and is a favourite among crypto detractors: cryptocurrencies are supposed to be assets without economic substance and basically a dangerous investment, a threat to poor, defenseless savers.

It is certainly not a good time for those who believe in decentralization and crypto assets: among the most damaging effects of the Terra – LUNA disaster is the blow to confidence in stablecoins.

An effect that is all the more negative because stablecoins are the cornerstone of many decentralized finance projects.

Indeed, all this might even lead one to suspect that what was carried out was a truly coordinated attack on the very heart of the concept of decentralization, matured in the circles that have most to fear from the establishment of decentralized finance assets and services.

That at the basis of the Terra – LUNA affair there was a deliberately orchestrated operation is now established, but what many suspect is that behind the operation there were institutional financial giants such as BlackRock and Citadel (although the latter have denied it).

The fact remains that there is no hiding behind a finger: the affair has exposed the weaknesses of what had hitherto been regarded as fixed points and offers arguments that are difficult to counter to those who claim that investments in cryptocurrencies are highly risky.

The role of legislators and regulators in the crypto market

The issue of crypto regulation in Italy

But the question is: where were legislators and regulators when the ranting about the danger of crypto investments was going on?

For as long as the phenomenon has existed, at least in Italy, not a single provision has been written to protect those who decide to invest in this type of asset.

Yet, it would have been easy to impose, for example, a grid of professional and reputable requirements on exchange or digital wallet service operators active in Italy, or minimum capitalization requirements to protect customers, as a prerequisite for operating legitimately. Or even a set of information and transparency obligations not dissimilar to those imposed on financial services operators.

Italian regulations are redundant and pervasive when it comes to snaring the owners of cryptocurrencies and digital assets, formally in the name of combating money laundering and the financing of criminal or terrorist activities. In essence, however, the ill-concealed aim is to identify holders of crypto assets in order to be able to tax and possibly sanction them.

The case of the obligation to register in the special Vasp/Wsp register held by the OAM (which has become definitively operational in recent days) is emblematic: in order to operate as an exchange or wallet provider in Italy, registration is mandatory and necessary. In essence, the only thing this register is really for is to regularly censor anyone who does transactions on an exchange and make the relevant data available to the authority that on the one hand is responsible for anti-money laundering, but which basically also acts as a tax police.

Operators who are required to register are not required to be professional, honourable or adequately capitalized. It is sufficient to be based or resident for tax purposes in Italy.

Any limited company, even one with a minimal share capital of a few thousand euros, can join the register, operate as an exchange, and apply to move hypothetically tens of millions in cryptocurrency exchanges collected from savers of any profile (even the less experienced).

No regulation helps to prevent such an entity from eventually going bust, or running away with the cash. As has indeed already happened in recent crypto history, for instance in the well-known case of the Canadian exchange Quadriga CX.

It will perhaps be with the adoption of the European MiCAR (Market in Crypto Asset Regulation), expected to be adopted during 2023, that a body of principles and provisions specifically designed to protect savers in crypto along the lines of those existing in the world of banking and conventional finance will arrive.

Once it has been established that this approach, if we want to be inquisitorial and peek-a-boo, does not pursue any practical usefulness in terms of protecting the uninformed saver, it is clear that the real aim is to place as many obstacles as possible in the way of a massive spread of decentralization techniques in the financial sphere, striking the most exposed nerve: that of trust.

However, one limitation of this approach is that it is heavily focused on one of the many possible applications of distributed ledger technologies: namely, cryptocurrencies.

It is only a brake on an already marked future

Nevertheless, the fact remains that the path is now mapped out: even if cryptocurrencies were to cease to exist, at least as we know them today, blockchain technology has proven in practice that it is possible to transfer economic values, obligations and rights, even of a patrimonial nature, peer-to-peer, with absolute certainty of date and time, even through self-executing contracts, without any need for intermediaries, if necessary in an automated manner. And this is possible even without the interposition of exchanges and platforms traceable to legally identifiable subjects, through the creation of special DAOs.

An evolutionary horizon that is already present today, albeit with significant limitations, but it is only a matter of time and the maturation of technologies for decentralized finance services to become considerably more usable and widespread on a global scale.

It is worth recalling that, not only at the European level, but also in Italy, the legislature, despite its proverbial latitude on the front of producing tax regulations dedicated to crypto assets, surprisingly, has adopted provisions that have attributed legal value to distributed ledger technologies and smart contracts. The reference is to Article 8b of DL 135/2018 (simplification decree), converted into Law 12/2019.

A rule that has remained unimplemented, because it is conditional on the adoption of special guidelines containing technical specifications that should have been approved by the Agenzia per l’Italia Digitale (AgID) within 90 days of the rule coming into force.

These guidelines, however, are still missing more than three years later.

This hounding and continued firing on cryptocurrencies, denounces on the one hand the short-sightedness of a world (that of conventional banking and finance) that fears decentralization and fails to see its evolutionary horizons. On the other hand, there is the lack of what might be called a comprehensive approach on the part of legislators and regulators who are responding to the impulse to give answers to what they perceive as immediate and contingent needs, even in the wake of the media resonance of certain events, but who simply fail to turn their gaze to what is to come and what is in fact already happening.

On the other hand, even if it were true that cryptocurrencies are absolute evil, has anyone ever wondered why millions of savers have decided to take the risk of entering the deregulated Wild West of cryptocurrencies and cryptofinance, rather than rely on the channels of conventional finance?

The post Legislators and regulators move forward, but in no particular order appeared first on cryptodailynews24.com.