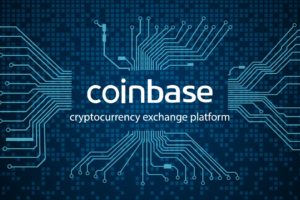 Coinbase recently officially announced the integration of the most popular dApps based on the Ethereum blockchain into its main app.

These are in particular dApps related to NFTs, DeFi and DAO made available in-app thanks to an integrated browser, which will allow, among other things, buying NFTs on marketplaces such as Coinbase NFT and OpenSea, trading on DEX such as Uniswap and Sushiswap, and lending on DeFi platforms such as Compound and Curve.

For now, only a small group of users in the US on Android will have access to the new functionality, but it will later be extended to everyone.

In this way, users of Coinbase’s main app will be able to use dApps directly from their wallet, without having to open other wallets, thanks to Multi-Party Computation (MPC) technology, which enables the use of a dedicated on-chain wallet from Coinbase.

In fact, this wallet allows the key to be shared between the user and Coinbase, so that in the event of loss of access to the device, the dApp wallet key would still be secure and recoverable by relying on Coinbase’s live support.

In order to use this new feature, it is necessary to enter the new “Browser” tab of the app, and configure the new dApp wallet.

Coinbase facilitates access to dApps based on the Ethereum blockchain

The company’s goal is to enable anyone to use the new Web3 functionality safely and without problems.

It is worth noting that the company’s economic performance in recent months has not been exceptional.

In fact, the recently published earnings report for the first quarter of 2022 shows some difficulties, with net losses of $430 million and revenues down 35% compared to the same period last year.

These problems are being reflected in its share price on the Nasdaq, which has fallen well below $70 in recent days.

To tell the truth, this drop had already begun at the end of March, when the price had first risen a little to over $200, but then began a real collapse of 76% until 12 May.

Certainly, both the trend of the crypto markets and the implosion of the Terra ecosystem weighed heavily on this collapse, but it should not be forgotten that in the same period the Nasdaq 100 index itself lost 23%.

Thus, there were three different overlapping causes: the sharp drop in crypto markets, the pronounced drop in traditional financial markets (Nasdaq above all) and the company’s disappointing corporate performance.

The CEO, Brian Armstrong, had to deny the existence of the company’s risk of bankruptcy, stating instead that he is bullish on the long term.

Certainly, the launch of new initiatives and features on the exchange could play a role in the attempt to revive Coinbase’s economic fortunes, although this may not be enough to recover from the peak revenues seen in 2021.