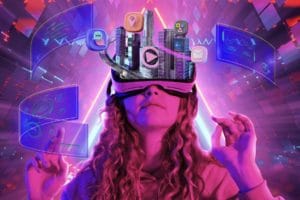 Animoca Brands remains optimistic about the future of Web3

Animoca Brands, a gaming software and venture capital company, says it remains optimistic about the future of the Web3 world, which encompasses metaverse, NFTs and crypto. This was stated by co-founder Yat Siu in his mid-year statement.

Animoca Brands: Yat Siu is optimistic about the future of Web3, metaverse, NFTs and crypto

According to reports, Yat Siu, co-founder and executive chairman of Animoca Brands, released his mid-year statement, remaining optimistic about the advancement of Web3, metaverse, NFTs and crypto, despite market concerns that have arisen since the beginning of the year.

“Despite current market concerns, we remain undeterred and positive about the future… The current market conditions will not kill Web3, the open metaverse, NFTs, or cryptocurrencies. There will be bumps on the road, cyclical variations, and the occasional black swan event, but the map to the future is legible by anyone who takes a broader and longer view”.

Broadly speaking, Animoca Brands is deeply involved in the technology sector and Web3 in particular, with a portfolio of over 340 investments and several subsidiaries and projects, including The Sandbox, GAMEE, REVV Motorsport, TOWER and many others.

Due to this presence, the vision of its co-founder remains positive and optimistic, based on solid financial results.

Animoca Brands has a very florid vision on the future of the Web3, especially as regards NFT and metaverse in the gaming world

Continuing with his speech, Siu points out that in the first four months of 2022 they generated an impressive $573 million in revenue, $352 million in cash and $659 million in other digital assets.

Not only that, Animoca Brands’ reserves of portfolio investments and digital assets were valued at around $5.7 billion in total.

Staggering numbers that add up to interesting partnerships developed during this first half of the year, such as with Yuga Labs, OneFootball, Planet Hollywood, Cube Entertainment and Untamed Planet.

Siu also goes on to describe the NFT sector, which is showing lively and steady growth, reaching out to major companies such as the partnership of The Sandbox and HSBC.

Finally, describing the philosophy of Animoca Brands, Siu affirms their long-term vision, investing in open, innovative and favourable Web3 projects for the emergence of the open metaverse.

Another stunt by Animoca Brands this year was the launch of the MetaHollywood joint venture, the new Hollywood-themed NFT metaverse and marketplace.

Basically, together with Planet Hollywood Group, the idea was to create a Web3 metaverse that brings back the Hollywood experience, dedicated to film lovers, studios and creators.

At the same time, the metaverse also includes an NFT marketplace of digital collectables of moments, events and clips reminiscent of movie star scenes.

The post Animoca Brands remains optimistic about the future of Web3 appeared first on cryptodailynews24.com.