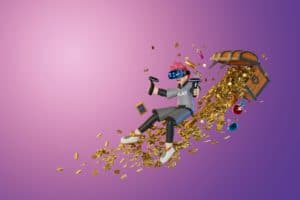 Crypto Head published a report revealing which are the best play-to-earn crypto games.

There is no doubt that NFTs are literally disrupting the gaming market with their special feature of earning money by playing, which makes games much more attractive, interesting, competitive and addictive. Gaming is transforming from a pure hobby to an extra income opportunity and is making the gaming business even richer.

It is therefore a market with a lot of potential, even if a recent report has revealed that in the play-to-earn market, NFTs have seen the biggest drop in the first four months of the year.

A study by Crypto Head published a few days ago attempted to rank the top five play-to-earn games according to a few different parameters. These included market capitalization, social popularity, and the value and availability of tokens to reveal the best crypto games on the market right now.

The games seen in detail

The game was inspired by the classic Pokemon game in which you can buy, care for, breed and trade digital monsters called “Axies”. It was the first Ethereum-based NFT game to reach $1 billion in sales in just a few months.

CrossLink, which is ranked second, has a market capitalization of over $13 billion. The average market cap of all reported crypto games is $1.25 billion.

In the ranking of the most searched games on the Internet, the leader is still Axie Infinity, which even this report seems to decree as the undisputed king of play-to-earn games.

Data from the web search report

There were over 29 million searches worldwide for the game developed by the Vietnamese company Sky Mavis. This is just over 28 million more than the average for games in general, which stands at 1.45 million searches.

The second and third most searched games on the Internet are far behind the first place, both with less than five million global searches, respectively Bomb Crypt with 4.8 million and Splinterlands with 2.59 million.

Interestingly enough, the report found that only five games had experienced a drop in the number of Google searches during the whole of 2021, a drop that according to some latest figures would have emerged in the first quarter of 2022.

“CryptoMines and Bomb Crypto had by far the biggest increases, with both seeing six-figure percentage changes from hundreds to millions. They were so far ahead of the rest of the games that the average score was higher than third-placed Metaverse Miner”.

Finally, it is worth noting how the report also ranks the games with the most expensive tokens, where Yo hero jumps to the top spot, with the value of a token at over $2,000.