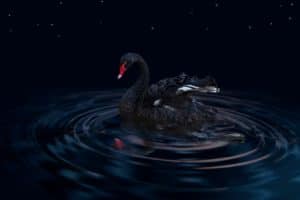 Terra: the failure of an ecosystem?

In recent days, the entire crypto market has suffered a general collapse. The most shocking scenario, however, is depicted by the Terra ecosystem, which seems to have failed in many ways.

What has happened to the entire Terra ecosystem?

Until a few days ago, Terra was seen as one of the most promising projects, the blockchain 3.0 that was holding its own against Ethereum.

In addition to its own native token, LUNA, one of its main strengths was UST, the algorithmic stablecoin that powers the DeFi protocols.

What could have been an advantage over the major competing blockchains turned into a catastrophe.

With the crypto sector having entered a consistent bear phase, the first anomaly was seen in LUNA’s steep descent, losing around 40% of its value in 24 hours.

There is no specific cause, but what triggered this ‘black swan’ event was a series of chain events. An avalanche of negative news from multiple fronts fueled the general panic of investors in the market.

The most significant price drop occurred on 9 May. As the entire market prepared for a sustained descent, by industry volatility standards, LUNA lost more than 30%. Unfortunately, the cascade was not determined to stop. Large sale volumes continue to be recorded on the market and during this day LUNA touched a low peak of $0,83, far away from the $90 that brought it to be among the top 10 by market cap.

From the following graph, it can be seen that hopes for a recovery appear more and more distant.

LUNA’s price trend of the last 3 moths, conluded with a big drop

The sharp devaluation of the price certainly led early investors to execute massive sales on the cryptocurrency. This is definitely one of the first factors that contributed to the start of the strong descent.

The first piece of the puzzle is immediately confirmed by the record volumes recorded by Tether. Yesterday, the third most traded pair on Binance was LUNA/USDT. Strictly speaking, the first two were BTC/USDT and ETH/USDT, which still manage to hold firm thanks to their established market dominance.

The other side of the coin is represented by the scarce sustainability and solidity of this model. Dependence on a single asset makes the entire ecosystem unstable, as the collapse of the same can lead to a reaction of catastrophic events. Ironically, this is exactly what has happened in recent days.

The moment the price of LUNA started to collapse, the collateral ratio was no longer sufficient to maintain the stablecoin’s peg.

A level of collateral to asset ratio issued as a loan, considered stable for the system, is around 150%. This means that, for every unit of UST dispensed by smart contracts in DeFi’s protocols, there must be enough LUNA locked for a countervalue of at least $1.5.

Following LUNA’s aggressive descent, UST responded by losing its entire peg with the dollar, marking a low of $0.29.

According to data from DeFi Lama, TVL locked in smart contracts in DeFi protocols developed on the Terra blockchain has dropped 54% in the last 24 hours alone.

In less than a week, there has been an 86% drop from a TVL of $30 billion to the current one, which is now steady below the $4 billion.

The downward spike of the Terra’s DeFi TVL, whose trend is following the movement of LUNA’s price

One of the biggest causes is attributed to the rewards policies operated by Anchor, the largest Lending & Borrowing protocol in the Terra ecosystem. In fact, the levels of APY they offered were as high as about 20%, a value considered by many to be exaggerated and not very credible.

It is argued that their model was just propaganda to attract investors. It has never been able to sustain itself on its own margins. DeFi is about innovating tools already offered by traditional finance, using mechanisms that have been proven over centuries. Much of the rewards owed to depositors came from their own funds, not from sound management that allowed them to generate an adequate profit.

To all this, users responded with a flight from the major protocols. In less than a week, Anchor lost more than 75% of TVL, followed by Lido, a staking platform, which depreciated by more than 90%.

Experts’ comments to this singular case

Leading the way is Do Kwon, Terra’s founder, who is trying to calm tempers with a series of tweets. Among the most recent and probably most important is the following, a desperate attempt to encourage users not to abandon the ecosystem.

Close to announcing a recovery plan for $UST. Hang tight.

“Close to announcing a recovery plan for $UST. Hang tight”.

In retrospect, it now appears ironic that he calls himself “Master of Stablecoin” on his Twitter profile. He will have to work hard to regain credibility among the community.

The words of the COO of ARK36

“Without a doubt, UST losing its peg will be seen as one of the defining moments of the current crypto market cycle. Unfortunately, the fallout from this situation goes beyond the material losses sustained by Luna investors.

The de-pegging will likely result in a substantial regulatory risk – if not for the whole crypto space, then certainly for the stablecoins market. Secretary Janet Yellen has already highlighted the Luna situation in a Senate Banking Committee meeting, calling for comprehensive stablecoin regulation by the end of the year.

Of course, regulation in the long-term is net positive for the crypto space but if stablecoin issuers get regulated as strictly as banks, it could suffocate one of the most innovative, thriving, and important sectors of the crypto market.

On a more general note, the crash will revive discussions on whether a truly decentralised, algorithmic stablecoin is possible or, indeed, desirable. So far, the UST situation has shown us that potential advantages may not outweigh the risks for the whole crypto space. DeFi users should also take note – an 18-19% yield on a DeFi savings protocol leveraging a decentralised stablecoin doesn’t come without a substantial degree of risk”.

After all, as one of the fundamental laws of finance states, higher return always means higher risk.

The comments of the CEO of Likvidi

“Firstly, it all sounded a bit too good, to begin with when the DeFi platform Anchor that uses mainly uses UST was offering 19.5% annual interest rate for depositing and staking UST on their platform. This has been over 100% more than other platforms like Celsius and Aave have been able to offer. So naturally, Anchor got lots of users with a promise for such a high annual return. This is why Anchor, UST and related token Luna got so big, but the high interest was paid from their pocket, so it was marketing, not real finance.

Now some parties picked UST’s algorithm peg as a market manipulation target and borrowed lots of bitcoin to execute this, what some call “Soros style”, attack on UST. Bitcoin went down to 32,000 USD and UST and Luna lost 75-90%.

This case will be studied with great interest by crypto, finance and regulatory people. Yellen was already yesterday calling for stablecoin regulations because of the UST. It’s been estimated that the “short-seller attacker” made about 800 million dollars on this event”.

Hopefully Terra, LUNA and UST will serve as a lesson for everyone. We will just have to wait for the response of the market and all parties involved in the crypto and DeFi ecosystem, with the hope of a more sustainable future.

The post Terra: the failure of an ecosystem? appeared first on cryptodailynews24.com.