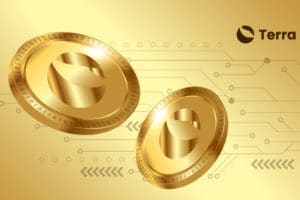 Do Kwon has made public a new recovery plan for the Terra ecosystem. While the previous plan, published in the midst of the collapse, envisaged an attempt to rescue the ecosystem, this other proposal actually calls for its abandonment.

Do Kwon and the new recovery plan for Terra

Indeed, Do Kwon proposes to fork Terra’s blockchain by creating a new blockchain in which there is no algorithmic stablecoin.

It envisages an airdrop of this new cryptocurrency to LUNA Classic stakers, UST holders and essential app developers on Terra Classic.

The idea is to make the new Terra blockchain “fully community owned chain”.

In reality, even the old, now definitively failed project was promoted as a decentralized project, only to later discover that it was not decentralized at all.

Moreover, Do Kwon is promising returns of 7% per annum on the staking of the new LUNA cryptocurrency, and even this promise generates many doubts.

As early as tomorrow, the new governance proposal should be published, while the new network should be launched on 27 May.

Do Kwon also writes that Terra is more than UST, and that the collapse would be an opportunity to rise from the ashes.

Something similar had also been speculated a few days ago by CZ of Binance, but it has to be said that after what happened, investors’ confidence in Do Kwon may have been considerably reduced.

Finally, it remains to be seen whether the new Terra will really be able to achieve similar success to the previous project without an algorithmic stablecoin.

In the meantime, Luna Foundation Guard has stated that it will use its remaining reserves to reimburse UST holders, and not to try to make the stablecoin recover its peg with the dollar, so UST seems to be dead for good.

10/ The Foundation is looking to use its remaining assets to compensate remaining users of $UST, smallest holders first.

We are still debating through various distribution methods, updates to follow soon.

Over the past few days, in an attempt to save the peg, they have sold around 80,000 BTC on the market.

According to New Money Review, Luna Foundation Guard’s handling of the collapse was neither transparent nor impartial, favouring the large UST holders at the expense of the small ones. This suggests possible lawsuits against them.

So, although what is underway is to all intents and purposes an attempt to bury the past in order to start with a new future, this past may not yet have finished having consequences, despite the fact that the Terra ecosystem, the LUNA cryptocurrency and the UST stablecoin are now definitely failed projects.

It remains to be seen whether all this will allow the new project to take shape and take off, or whether all these problems will at some point come to a head.