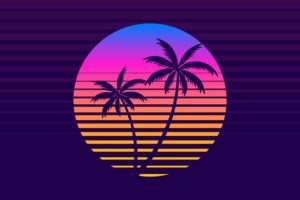 California’s governor has signed an executive order to officially build a framework for the use of crypto, tasking several state agencies to work out the details.

California Governor Gavin Newsom signed an executive order on Wednesday that aims to strengthen and regulate the cryptocurrency industry in the state, according to a report on CNBC, the US television network.

The executive order details how Newsom’s goal is:

“to create a transparent and consistent business environment for companies operating in blockchain the benefits and risks to consumers”.

The executive order calls on the California Governor’s Office of Business and Economic Development (GO-Biz) to collaborate with the state Department of Financial Protection and Innovation (DFPI) and the Business, Consumer Services and Housing (BCSH) Agency.

The clear intent of this would be to examine ways in which the state can take advantage of blockchain technology and digital assets.

Dee Myers, senior adviser to Newsom and director of the Governor’s Office of Business and Economic Development, told CNBC:

“Of the 800 blockchain businesses in North America, about a quarter of them are in California, dramatically more than any other state. We’ve heard from so many that they want to be here, and we want to help them do that responsibly”.

The proposed agencies will present findings and recommend next steps.

According to the order, it will:

“Reflect consultation with relevant state agencies regarding the forthcoming federal reports on the relationship of crypto assets to priorities in energy, climate, and preventing criminal activity”.

“The opportunities are almost endless. We can do things like remove middlemen from transactions involving real estate or even automobiles. We can use it to protect people’s identity and provide benefits to people through government services. If we’re selling carbon offsets, we can make sure the same forest isn’t being sold twice and that there’s some record that’s transparent”.

The executive order issued by the governor would be in line with the Biden administration’s March proposal to examine the risks and benefits of cryptocurrencies.

According to the National Conference of State Legislatures, about 37 states would still have pending legislation on cryptocurrencies and other digital assets.

Aaron Klein, a researcher in economic studies at the Brookings Institution, told CNBC that:

“California seems to be trying to walk a tightrope between moving the state forward to embrace new technology while making sure that consumers and investors are properly protected”.

“Blockchain has been around for decades, it has never found a widespread adoption use case There’s a mania underway and for the state of California to come in and essentially say this has huge potential, to me, they’re feeding the mania”.