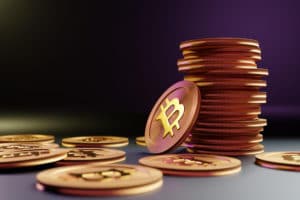 A global regulatory body for crypto on the way

IOSCO President Ashley Alder said that a joint body to coordinate global crypto regulation and standards could probably be a reality by next year.

Ashley Alder: the need for a crypto regulatory body

According to an online conference organized by the think tank Official Monetary and Financial Institutions Forum (OMFIF), Ashley Alder, President of the International Organization of Securities Commissions (IOSCO), has stated the need to create a joint body dedicated to crypto regulation within the next year.

The motivation for such interest by market regulators in cryptocurrencies lies in its boom and its growing connection to traditional finance, which have made it a priority area of focus.

In this regard, Alder commented:

“If you look at the risks we need to address, they are multiple, and there is a wall of worry about [crypto] in the conversations at an institutional level”.

In fact, just this week alone, Bitcoin itself fell below $30,000, hitting a new twelve-month low, along with the collapse of the stablecoin TerraUSD (UST).

Such a scenario can only draw the attention of global markets to cryptocurrencies. Alder said that a global group seeking to align rules on cryptocurrencies is clearly needed, comparing it to various set-ups already in place for other areas considered by the G20.

Ashley Alder: crypto as one of the three “Cs” of major focus

Continuing with her interview, Alder also stated that cryptocurrency is now one of the three “Cs” that represent the area of greatest attention for regulators, along with COVID and climate change.

Here are his words:

“There isn’t anything like that for crypto at the moment. But I do think now it’s seen as one of the three C’s (COVID, climate and crypto) so it’s very, very important. It has gone up the agenda, so I would not expect that to be the case the same time next year”.

This means that the boom in digital currencies like Bitcoin is one of the three main areas the authorities are focusing on, including COVID and climate change.

The case of California and New York

Also this week, California Governor Gavin Newsom, signed an executive order to officially build a framework for the use of crypto, tasking several state agencies to work out the details.

The order calls on the California Governor’s Office of Business and Economic Development (GO-Biz) to collaborate with the state’s Department of Financial Protection and Innovation (DFPI) and the Bureau of Business, Consumer Services and Housing (BCSH).

The aim is to examine ways in which the state can take advantage of blockchain technology and digital assets.

Last month, as New York State passed a bill banning Bitcoin mining, New York City Mayor Eric Adams revealed that he is against crypto regulation, as he is a bitcoiner who wants to grow the industry in the city.

The post A global regulatory body for crypto on the way appeared first on cryptodailynews24.com.