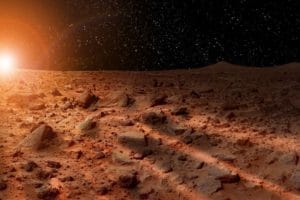 NASA and Epic Games to create the Martian metaverse

NASA MarsXR Challenge is the new challenge launched by the US space agency in collaboration with Epic Games and Buendea to search for developers who want to contribute to create the Martian metaverse.

According to reports from Herox, a crowdsourcing platform for problem-solving, NASA along with Epic Games and Buendea, have launched the NASA MarsXR Challenge, a task dedicated to developers who want to help create experiences in the Mars metaverse, using Virtual Reality (XR).

The information about Mars already released by NASA covers the complete Martian days, with orange shades of day and blue of night, weather conditions and 400 km2 of realistic and studied terrain on Mars.

Not only that, the Martian Metaverse Creation Challenge includes a total prize pool of $70,000, divided among twenty individual prizes.

Of the five categories listed for which developers can create particular scenarios to explore, each category will have four prizes. The overall winner of the category will receive $6,000.

The challenge to recreate the Martian environment within the metaverse

The creation of the Mars metaverse

The timeline for the Challenge to create the Mars metaverse sees 26 July as the deadline for submissions, while the winner will be named after a two-month evaluation period, on 27 September 2022.

At the time of writing, a number of people have signed up for the Challenge, which includes 25 teams and 266 innovators.

Epic Games is already known for its revolutionary development engine “Unreal Engine 5”, used for must-haves like Fortnite or the latest chapter of the super critically acclaimed Kingdom Hearts IV that holds the record for gaming expansion to date.

Unreal Engine 5: from gaming to the metaverse in space

This collaboration with NASA involves Epic Games, a famous name in gaming, which also finds itself pioneering the Mars metaverse.

And, in fact, SONY, LEGO and Epic Games announced last month a collaboration to create a new metaverse in the world of gaming.

The post NASA and Epic Games to create the Martian metaverse appeared first on cryptodailynews24.com.