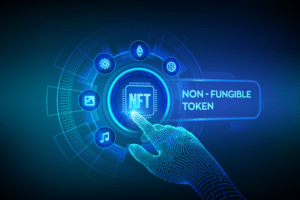 Today’s NFT News can’t fail to include the biggest Non-Fungible Token mint in history: the $320 million sale of Otherside (Otherdeed) virtual land by Yuga Labs. The consequence of this mania is that Etherscan crashed and Ethereum gas skyrocketed.

Not only that, Minecraft developers launched a petition against in-game NFTs that got only 72 signatures in a week, while the Big3 basketball team, the Killer 3s, were sold to Degods DAO, built on Solana Blockchain.

Otherdeed, one of the virtual lands of the Otherside metaverse

On Saturday, the sale of the Otherside metaverse’s virtual land, Otherdeed NFT, was launched by the creators of Bored Ape Yacht Club, Yuga Labs, becoming the largest mint in history.

They collected $320 million through the sale of 55,000 Otherside NFT lands. Specifically, each NFT was minted at 305 APE each, so the cost per Otherdeed was approximately $5,800 as ApeCoin was worth $19.

At the time of writing, according to CryptoSlam’s data, the sale of Otherside’s Ortherdeed NFTs has reached $453 million in the secondary market, with over $411 million of that coming from OpenSea.

In conjunction with Yuga Labs’ big numbers, there was also the crash of Etherescan and the surge of Ethereum gas, which hit thousands of dollars per transaction.

In a roundup of tweets, Yuga Labs also said:

“This has been the largest NFT mint in history by several multiples, and yet the gas used during the mint shows that demand far exceeded anyone’s wildest expectations. The scale of this mint was so large that Etherscan crashed. We’re sorry for turning off the lights on Ethereum for a while. It seems abundantly clear that ApeCoin will need to migrate to its own chain in order to properly scale.

We’d like to encourage the DAO to start thinking in this direction. We are aware that some users had failed transactions due to the incredible demand being forced through Ethereum’s bottleneck. For those of you affected, we appreciate your willingness to build alongside us – know that we’ve got your back and will be refunding your gas“.

Minecraft developers have opened a petition against NFTs in gaming, getting only 72 signatures in a week.

The initiative is by Climate Replay, a group that includes a number of developers from Minecraft producer Mojang Studios, which has asked developers and players around the world to sign its NFT petition.

It is an educational guide informing and educating developers to call themselves out of popular play-to-earn games, or any that involve NFTs, whether for ecological, venal or mental health issues. After one week, the petition has seen only 72 signatures.

In this regard, the petition reads:

“By ignoring key risk factors and glaring issues, adopters of NFTs and other forms of digital ownership that embrace these problematic aspects erode efforts to create an equitable and sustainable existence for all. NFTs in gaming do not bring any meaningful value to the players”.

Big3 basketball team sold to a DAO for 25 NFTs

DAO Degods, a project built on Solana, has revealed that it has acquired the Big3 basketball team called Killer 3s.

Basically, Big3 is a basketball league created by hip-hop mogul and actor Ice Cube and the league’s games are based on a 3-on-3 basketball tournament who decided to sell the rights to the team to a DAO, leveraging Non-Fungible Tokens (NFT).

According to reports, the Big3 league decided to sell 25 Fire-tier NFTs for $25,000 per unit, namely the team’s licensing rights and intellectual property rights to league-approved merchandise.

In essence, Degods DAO acquired the Killer 3s team for approximately $625,000 by purchasing all 25 NFTs linked to the Killer 3s.