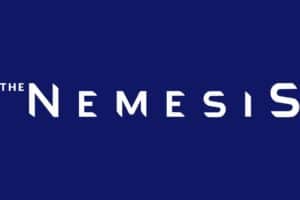 The Nemesis brings Serie A football into the metaverse

The Nemesis brings Italian Serie A football into the metaverse, streaming the first Milan-Fiorentina match, whose tickets are actually NFTs. The project was made possible thanks to the collaboration with ConsenSys, Lega Serie A and TIM.

The Nemesis welcomed a new and original event, unique in its kind. It is the first Serie A football match, Milan-Fiorentina, streamed in the metaverse.

The project brought to the MENA region was made possible thanks to the collaboration of The Nemesis, ConsenSys, Lega Serie A and TIM. Here is the announcement on Twitter:

The Nemesis is the place where this is happening

across the MENA region

“The Nemesis is the place where this is happening. We have partnered with @ConsenSys and @SerieA_AR to bring the first ever live #metaverse experience for fans across the MENA region

Proud to announce we’ve partnered with @TheNemesis_io to support @SerieA_AR as they bring the first ever live metaverse experience for fans across the MENA region!

As a result, yesterday, viewers in the Middle East and North Africa were able to watch AC Milan – Fiorentina from their desktop browsers and mobile phones via The Nemesis’ iOS and Android apps, thanks to their NFT-based access tickets.

They could support the teams with avatar reactions within a game designed for real fans. At the same time, fans could also have access to real-time match statistics.

The Nemesis and upcoming original global events in the metaverse

The Nemesis team built an exclusive virtual reality loft and designed new skins with a special “Keep Racism Out” t-shirt, which was dropped into the metaverse for free.

Speaking about this, Alessandro De Grandi, CEO of The Nemesis said:

“This is a landmark for the sports, tech and entertainment industries, all coming together in the metaverse to address mass market users with enticing content such as live soccer. I am extremely proud to be able to share this important milestone with ConsenSys, Lega Serie A and TIM as I believe this will be the first of a long series of events in The Nemesis”.

The first metaverse to host an Italian Serie A football match doesn’t seem to stop with this super event. There are already other global events planned for The Nemesis in the areas of sport, music and film in May and June.

The Nemesis is also the metaverse that hosts Cryppo, the virtual space created specifically for the NFT collection created by cryptodailynews24.com.

This is a collection of 2375 3D, AI-generated Cryppo, with over 90 unique traits, ready for the metaverse in which the adventurous hippo (Hippopotamus cryptonomus) navigates the considerable developments in the cryptocurrency world, starting with the great eruption of the Nakamoto volcano, the Big Bang of all the battles of the ICO/IEO era, as well as the market crash, KYC and shitcoins.

To discover Cryppo and obtain special prizes, just log in and play for free, with a chance to win NEMS and also NFTs.

The post The Nemesis brings Serie A football into the metaverse appeared first on cryptodailynews24.com.