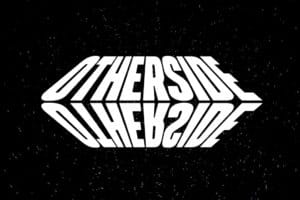 Over the last few days, the landscape of the NFT world has been ablaze with noteworthy events and news.

Here are the news items that will be discussed in the article:

Koda, the rare NFT that can be found in one of the Otherdeed

The launch of the Bored Ape Yacht Club metaverse has caused a stir in recent days.

Fans and new followers of the cute little six-figure monkeys have indeed swarmed the Ethereum network and the most popular NFT marketplace – OpenSea.

This weekend saw the launch of virtual land plots on Otherside, the new metaverse game from the creators of Bored Ape Yacht Club. The event generated hundreds of millions of dollars in NFT sales, but this traffic devastated Ethereum’s blockchain.

As we all know, when there are a lot of transactions, the cost of gas fees increases exponentially, and that’s exactly what happened on Saturday.

The mad rush to buy Otherdeed NFT increased gas fees, slowed down the system and in the meantime also burned 55,843 ETH, worth $157 million.

However, the BAYC community seems to be sparing no expense, especially when the chance to become part of a new Yuga Labs project is at stake.

One buyer who was so interested in the launch even went so far as to spend $14,000 in Ethereum gas to mint two Otherdeed NFTs.

As mentioned above, this new launch of Yuga Labs has also led to a new record of daily trading on OpenSea, the marketplace par excellence where you can buy and sell Non-Fungible Tokens.

According to Dune Analytics OpenSea, on Sunday May 1st, more than 476 million dollars of NFT transactions on Ethereum were registered.

According to CryptoSlam, the project has already generated nearly $559 million in secondary market sales.

For the Bored Ape team, this therefore appears to be an extremely profitable time. In addition to the resounding launch of this new metaverse, it is worth mentioning that Yuga Labs has also recently launched its token – ApeCoin, generating a value of around $319 million.

Bored Ape projects are thereby firmly at the top of CryptoSlam’s list for NFT trading volume on secondary markets over the past seven days.

We then conclude by saying that a total of 55,000 Otherdeed plots have been sold.

Yuga Labs then offered another 30,000 for free to the owners of Bored Ape and Mutant Ape NFT and kept 15,000 to give to future developers, partners and contributors.

Finally, it seems that another 100,000 will be released in the future.

VanEck announced the launch of its first NFT collection

Another exciting piece of news is VanEck and its new NFT collection.

VanEck has publicly announced the launch of its first Non-Fungible Token Collection that will be given away via airdrop.

This collection is a departure from the usual NFT projects.

VanEck’s project is anything but speculative. Its aim is to create a strong community and use these NFTs as a digital version of the old membership cards.

It will be a collection that will try to retrace the journey of “Hammy”, a metaversal version of Alexander Hamilton.

The holders of the NFTs will therefore accompany Hammy on what can be described as an adventure in the history of monetary policy.

Thus, the real strength of these non-fungible tokens is that they will grant the holder unique benefits, such as early access to VanEck’s research, exclusive invitations to digital and non-digital events, etc.

“We’ve designed the Vaneck Community NFT to function like a digital membership card, providing NFT holders with exclusive access to a wide range of events, digital asset research and the insights of an inclusive community of digital assets enthusiasts and investors”.

The collection will be divided into three levels:

Another important piece of breaking news is about Square Enix.

The giant seems to have decided to sell Tomb Raider and Three Studio to Embracer Group for 300 million dollars.

But the real news is that the proceeds from the sale would seem to be earmarked for the development of new NFT-based games.

So Square Enix’s move seems to be an extremely shrewd and far-sighted one. The company also stated in the press release that it wanted to change “course” in order to adapt to all the major changes that have been taking place in recent months and to allocate resources more efficiently.

In fact, Square Enix began taking its first steps into the crypto gaming space in 2020, initially spearheading a $2 million funding round for – The Sandbox.

Then, in March it announced its intention to bring its classic title – Dungeon Siege into The Sandbox game.

However, this was not enough for Square Enix, which evidently wants to play a more important role in the world of Web 3.0 and stand apart from The Sandbox.