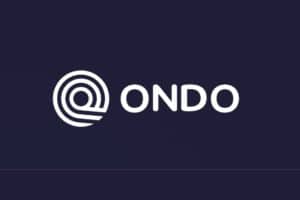 1/ @OndoFinance is the decentralized investment bank for web 3.0, providing the infrastructure for crypto's capital markets to thrive.

We're proud to back @nathanlallman once again, along with our friends at @foundersfund, @coinbase, @wintermute_t, GoldenTree, and Tiger Global. pic.twitter.com/H9Eko6Ujre

Coinbase is also among the backers of Ondo Finance

Ondo Finance is a decentralized permissionless investment bank, and with the funding raised it will hire more staff to continue creating DeFi offerings for DAOs and retail investors.

Its goal is to provide the infrastructure for cryptocurrency capital markets to thrive across Web 3.0. Ondo does this by bringing together the supply and demand sides of capital through services such as multi-tranche vaults and liquidity-as-a-service (LaaS).

Ondo Finance will expand its services and launch its own token.

It will enable multi-chain support, address risk aggregation and tranching on algorithmic stablecoins, integrate with Curve and Convex, and create Vaults that aggregate returns from multiple blockchains.

The company’s vision is to create a wide range of financial services similar to those provided by traditional investment banks, but based on smart contracts on decentralized blockchains.

If they were to succeed, this would be a real revolution, which is to the investment banking sector as Bitcoin is to the monetary sector.

According to Ondo founder and CEO Nathan Allman, this is the first time Founders Fund has led an investment in a token-based project.

“The goal is to help DAOs establish their own liquidity without having to rely on liquidity mining or market making firms”.

Ondo has already partnered with more than 10 DAOs, including NEAR, and to date only supports Ethereum-based protocols. Its current TVL is $120 million.