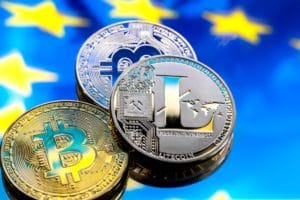 Grayscale wants to land in Europe with new crypto funds

According to reports, the digital asset manager that became popular for its nearly $30 billion Bitcoin trust, Grayscale Investments LLC, says it is ready to enter Europe.

One of the neat things about crypto is that it brings the world closer together. Europe has started looking pretty close to us. https://t.co/Hk2JUKI4eU

“One of the neat things about crypto is that it brings the world closer together. Europe has started looking pretty close to us”.

Grayscale CEO Michael Sonnenshein reported that the company has yet to decide on which exchanges and in which countries it will offer its crypto funds. At the moment, Grayscale is investigating running a series of pilot tests in different markets.

“Although the EU is unified, we don’t view the entire European market as in fact one market. Instead we’re going to be very thoughtful, very methodical about each of the financial centers and financial hubs that we ultimately launch in, because we recognize the differentiation of investor behaviors and attitudes, and of regulatory regimes”.

The approach of observing, analyzing and studying the market is quite imperative, given that in Europe, the supply of cryptocurrency ETPs is very competitive.

There are, in fact, more than 80 cryptocurrency products listed in Western Europe with combined assets of $7.1 billion. Of the 60 launched before 2022, the median product has lost 25% year-to-date.

Grayscale wants to take on the European challenge, as it has been very successful in the US.

At the end of November last year, Morgan Stanley, the investment banking giant in the US, bought more Grayscale Bitcoin Trust shares, bringing its total BTC exposure to over $300 million.

This overseas move from Grayscale, comes after a first half of this 2022 in which the US SEC continues to delay approving the company’s application to turn the Grayscale Bitcoin Trust into an ETF, in order to get it listed on an exchange.

In its latest update on the matter, Grayscale said it could sue the SEC if it refused to approve its spot Bitcoin ETF.

The opposition from the US Security Exchange Commission is due to the fact that the ETF would be BTC-based, i.e. collateralized in tokens.

This is something that has already been approved in Europe for at least five years, and not only on Bitcoin but also on Ethereum and other cryptocurrencies.

The post Grayscale wants to land in Europe with new crypto funds appeared first on cryptodailynews24.com.