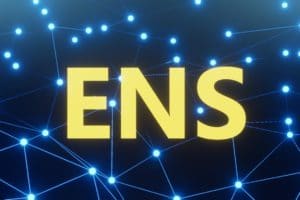 Sales of Ethereum domains (ENS) on OpenSea are reported to have increased by almost 2,300% last week, with more and more users seeking highly coveted and rare three- and four-digit names, according to research firm Dune Analytics.

Sales of ENSs for the Ethereum network rose by 2,300%

An abnormal speculative push began this week on the future value of domain names, the so-called three- and four-digit ENS (Ethereum Name Service). This service makes it easier to send and especially receive Ethereum on the various wallets.

This is because they make it possible to shorten the long string of alphanumeric characters in ETH accounts and thus make it easier for users to type in cryptocurrency transfers.

These ENS names are domains ending in “.eth”. In short, it converts an Ethereum address into a readable string formatted as a URL.

Each of these is then a minted NFT and sold on markets such as OpenSea. Over the last few weeks, many users seem to be speculating on the future value of these tokens.

The service was launched with a very successful retroactive airdrop in November 2021 that included a reward mechanism for users who had registered addresses before the project launched its token.

The ENS is managed by a decentralized autonomous organization (DAO), which is self-governing through the ENS token. Holders submit proposals and vote on the future development of the project. This makes them different from purely speculative tokens.

The ENS token and the sale of domains

But that does not take away from the fact that, as we are seeing these days, they too are traded by speculators, like most crypto tokens. Currently, according to CoinMarketCap’s rankings, the token is in the 143rd position among the most capitalized cryptocurrencies, rising 23% in the last week.

According to technical analysis experts, the token is now in the midst of a key level, above which its valuation could reach peaks of over $100 from around $23.

According to research firm Dune Analysis, the number of domains sold increased significantly from 21 to 28 April, selling around 10,000 domains, taking the number of registrations from 2,721 to 21,188 in just a few days.

The success of these domains has also given rise to particular and unexpected phenomena, which demonstrate the growing interest in this new form of tokenization, such as, for example, the owners of the domains of the first 10,000 who have created an exclusive Discord channel called 10kClub.