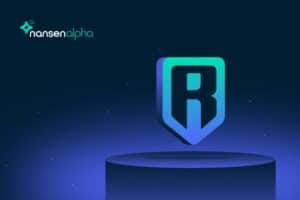 The performance of the Celo, Fantom and Ronin protocols in Q1

Nansen publishes the reports on the results scored in Q1 2022 by the Celo, Fantom and Ronin protocols

Blockchain and crypto analytics firm Nansen has analyzed three of the most promising blockchain specialists in the DeFi sector, growing exponentially in 2022: Celo, Fantom and Ronin

These are three innovative projects that aim to compete with the dominance of the Ethereum blockchain in the DeFi sector.

Celo is a fully EVM-compatible tier 1 blockchain that was launched in 2017 as a global payment infrastructure for cryptocurrencies with a focus on mobile users. The project has the ambition of creating a financial system that is open to all, thanks to its ability to facilitate payments between any phone number in the world.

Fantom is a project founded in June 2018 by raising $40 million through ICO. It cannot be precisely called a blockchain as we are used to define it. It is a true smart contract platform but more scalable, faster and cheaper than Ethereum and many other competing blockchains.

Ronin is an Ethereum sidechain created specifically for the Axie gaming ecosystem. It was created to power the famous game, becoming a kind of precursor to GameFi and NFTs applied to gaming. The network powers the entire Axie Infinity ecosystem, facilitating transactions and maintaining resources.

Scrolling through Nansen’s report, data shows how the three blockchains appear to be growing at a very fast pace even in the first quarter of 2022 in contrast to the entire crypto market and rival blockchain Ethereum.

Jake Kennis, head of research at Nansen, commenting on the data said:

“While the market trades sideways, the utility of the Ethereum Virtual Machine (EVM) and its network effects continue to increase. Ronin, Fantom and Celo are EVM-compatible chains that continue to improve upon protocol functionality, ecosystem grants and even spawning unique innovations, such as the light client design space. Across the board, they are either maintaining daily users or continue to grow against Ethereum in other metrics such as contract deployment. Although these chains have varying security assumptions, all of them are collectively working together to push forward the EVM and its overall design space”.

Despite these numbers dipping in February and March, 2022 nonetheless witnessed a partnership between Fantom and Gitcoin that promises to bring new life to the ecosystem, allowing most Fantom projects to apply for new funding.

By contrast, Celo, which saw a substantial drop in January, has since recovered after reaching a record 1 million transactions on 22 December 2021.

“Interestingly, the number of transactions has recently increased since 15 March 2022, breaking its downward trend since the beginning of the year”.

Ronin finally had to suffer a very serious hacker attack in March that thanks to the falsification of withdrawals from the Ronin Bridge, embezzled 173,600 ETH and $25.5 million in USDC worth over $620 million.

There has been a security breach on the Ronin Network.https://t.co/ktAp9w5qpP

This undoubtedly impacted not only the company’s accounts, but also had serious repercussions in terms of user confidence as the hack was discovered five days later. Ronin’s daily revenues in USD have seen a gradual decline from their August peak to almost $17 million.

According to Nansen’s analysis, daily revenue is now reported to be just $50,000 per day.

The post Celo, Fantom and Ronin grow in Q1 2022 appeared first on cryptodailynews24.com.