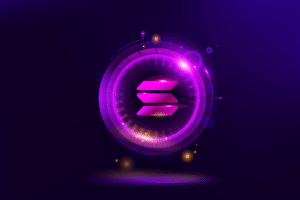 Another crash for Solana

During the night between Saturday and Sunday, the Solana network was offline for about seven hours, resulting in another shutdown in the history of this blockchain.

The causes of the Solana crash

During this outage, the network could not reach consensus, so much so that a restart of the Mainnet Beta cluster was necessary.

Validator operators successfully completed a cluster restart of Mainnet Beta at 3:00 AM UTC, following a roughly 7 hour outage after the network failed to reach consensus.

Network operators an dapps will continue to restore client services over the next several hours. https://t.co/ezqEYQYKWl

The problem arose due to bots that targeted Candy Machine, an NFT minting tool on Solana, sending more than 4 million transactions per second. This attack generated traffic spikes in excess of 100 Gbps, blocking the Solana network.

Since the attack exploited a bot on Metaplex Candy Machine, a decision was made to apply a penalty to this bot.

Today #Solana mainnet-beta went down partially due to botting on the Metaplex Candy Machine program. To combat this, we have merged and will soon deploy a botting penalty to the program as part of a broader effort to stabilize the network. https://t.co/QaAZT3VxXz

Obviously, there has been a lot of criticism that Solana is a network vulnerable to this kind of attack, precisely because it is not the first time it has happened.

In particular, many of the harshest attacks have come from those working on alternative networks, such as Cardano.

The performance of the Solana blockchain

Solana is currently the fifth-largest blockchain in the world by TVL in DeFi, with just over six billion dollars. Cardano, for example, ranks 32nd with less than $0.2 billion.

Ahead of Solana is Avalanche with $9.5 billion.

The curious thing is that a few days ago Solana’s co-founder Anatoly Yakovenko said that he thinks Bitcoin should change its consensus algorithm to one similar to Solana’s.

Many other supporters of altcoins based on alternative algorithms to PoW, and in particular PoS, also argue that Bitcoin should copy from their preferred protocols and abandon PoW, but this will not happen.

Not only does PoW make Bitcoin almost unhackable, at the expense of high energy consumption, but to change the consensus algorithm would require a huge consensus of current users, which simply does not exist.

Also, no one is forbidding anyone to fork the Bitcoin protocol by replacing PoW with PoS, but at this moment there seems to be no one really willing to do so because it is quite obvious that it would just be a wash.

PoS provides a slightly lower level of security than PoW, even though it consumes much less power, which is also why some altcoins that use it sometimes have problems that Bitcoin hasn’t had in over a decade.

The post Another crash for Solana appeared first on cryptodailynews24.com.