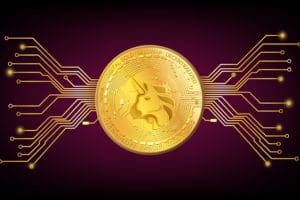 The popular decentralized crypto-exchange or DEX, Uniswap, has begun blocking addresses linked to illicit activity, thanks to a partnership with TRM Labs, a blockchain company that provides transaction monitoring services.

Uniswap intent on blocking addresses linked to illegal activities, thanks to the collaboration with TRM Labs

Uniswap together with TRM Labs will reportedly investigate and block the addresses of users who use DEX to perform illicit activities.

Specifically, all wallet addresses that are owned by or associated with clearly illegal behaviour such as: sanctions, terrorist financing, hacked or stolen funds, ransomware, human trafficking and child sexual abuse material (CSAM) will be blocked.

In practice, TRM Labs, by combining data on the chain and real-world investigations of financial crimes and malicious activity, will be able to provide Uniswap with the addresses of wallets that are linked, so that these can be blocked.

The rationale for this new attitude on the part of DEX is very simple:

“Uniswap Labs’ policy is to prevent people engaged in illegal behavior from using our App. We remain committed to developing products in a way that provides a safe, transparent, and robust financial infrastructure that can empower users around the world”.

The DEX revealed that all the various actions are taken as precautions, and will not be reported to law enforcement.

Apparently, not all users are happy with the new policy of the famous Decentralized Finance (or DeFi) crypto-exchange. Here is an account that reveals its stance against Uniswap on Twitter.

“I strongly advise against using uniswap”.

Basically, when users try to exchange cryptocurrencies using an address flagged as “blocked”, they get a message saying:

“This address is blocked in the Uniswap Labs interface because it is associated with one or more blocked activities”.

As specified by Uniswap itself, for any errors, users will be able to send an email, so as to unlock the address on their wallet.

A not too happy behaviour for lovers of privacy and decentralization, who see the new anti-crime approach as a way of “controlling” users’ data.

The price of UNI

While the news of the “blocking of addresses against illicit activities” came last week, UNI’s price in the last seven days seems to have slipped down and then up again.

At the beginning of April, Uniswap v3 received a boost in liquidity, thanks to the $15 million offered by Polygon as incentives on several trading pairs.