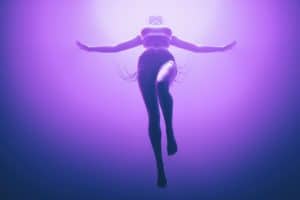 Somnium Space, the new metaverse company that will include a “Live Forever” option for its users

Somnium Space is a Czech company developing its own decentralized metaverse based on blockchain technology and leveraging the power and functionality of NFTs.

Somnium Space’s extraordinary and ambitious project is to create avatars that are immortal mirror images of users, which will not only have their physical appearance but also their visual movements and speech patterns.

The story of Artur Sychov, CEO of Somnium Space

Somnium Space and the incredible ‘live forever’ functionality within the metaverse

This futuristic idea is attributed to the company’s CEO and founder, Artur Sychov, and it partly embodies the endless stories on film that have predicted and told very similar endings for our species in recent years.

Artur started thinking about this new use of the metaverse about five years ago when unfortunately his father was diagnosed with an aggressive form of cancer that would eventually kill him within a few years.

His intention was to find a way to somehow crystallize the memory of his father, a system that would allow him and his children to have an impossibly natural conversation with their grandfather.

The “Live Forever” mode will allow our avatars to be immortal

So what Somnium Space is proposing is a new feature of the metaverse, “Live Forever”, which will allow us to create our own avatar that reproduces our appearance, our movements, our usual tone of voice and expressions.

In this way, the avatar can continue to live in the metaverse even after our death.

Somnium Space is actually one of the many versions of the metaverse that have sprung up in recent years. However, unlike many of its competitors, Somnium Space is already compatible with virtual reality visors, allowing for an immersive 3D experience.

In order to realize its project, Somnium Space will have to register a lot of personal data for each user. This is the only way the Czech company will be able to create a truly realistic copy of the user in the form of an avatar.

The amount of data that can be recorded is approximately 100 to 300 times greater than that recorded on a mobile phone. Virtual reality technology can collect the way you move your fingers, your mouth, your eyes and your entire body and identify us quickly and even more accurately than fingerprinting.

The interesting aspect is that the company has decided to be decentralized, to build its project in a phygital universe using blockchain technology, which by its very nature guarantees complete transparency.

After our death, the avatar will transform and continue to evolve along with the artificial intelligence technology even though all the data was collected years before.

So if the user dies, with the same amount of data and as the AI progresses, it is still possible to recreate the client’s avatar in more and more detail.

So our loved ones will be able to continue talking to us through the magic of artificial intelligence.

The first step is to start the process of registering and storing the data of those who wish to pay and participate in the “Live Forever” mode.

Somnium Space plans to start this year, although it will limit data collection to the movements and sounds users make when they are on their own plots of land.

The metaverse then hopes to launch the first set of AI versions of its users within the next year!

It is worth adding, however, that unlike Meta, Somnium is not working on the project to monetize on people’s sensitive data.

Sychov in fact stated the following:

“We don’t want to know your name. We don’t care who you are”.

The company’s CEO is trying to build a more responsible business model that will help users feel safe and comfortable transferring unlimited amounts of data to the company for analysis.

The company says it will not collect data about anyone unless the user decides to pay for the service.

After all, if a service doesn’t charge us, it means that we and our sensitive data are the service.

The company has also stated that it will do everything in its power to make the price as low as possible. Somnium Space charged early adopters only $50 for a year’s service.

The post Somnium Space, the new metaverse company that will include a “Live Forever” option for its users appeared first on cryptodailynews24.com.